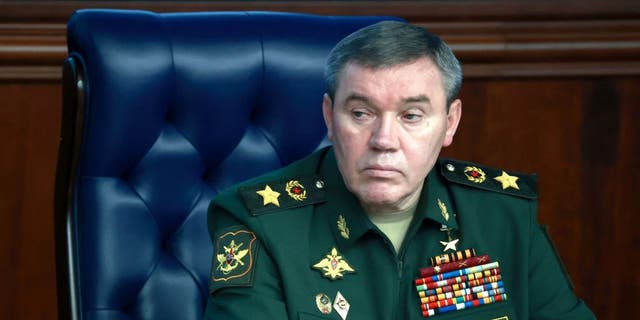 A newly-appointed top Russian general is looking to clean up troop culture with a raft of new rules, but the rules have only helped to unsettle the troops, according to British intelligence.

Gen. Valery Gerasimov took over on Jan. 11 as the chief of general staff – Russia’s top military officer – replacing Sergei Surovikin, who had only taken the role in October 2022. The Kremlin reshuffled its command in an effort to tidy up the command structure, and Gerasimov similarly wanted to clean up troop discipline.

The British Ministry of Defense in a Monday intelligence update revealed that Gerasimov has cracked down on behaviors, including the use of mobile phones, shaving, “non-standard haircuts,” non-regulation uniforms and travel in civilian vehicles.

“Gerasimov is clearly out of touch with reality,” Rebekah Koffler, president of Doctrine & Strategy Consulting and a former DIA intelligence officer, told Fox News Digital. “The reason the Russian troops use civilian vehicles in combat zone is because of the shortages of proper transport options for troops.”

The measures have not sat well with troops, and feedback has been “skeptical,” according to the ministry.

“Some of the greatest derision has been reserved for attempts to improve the standard of troops’ shaving,” the report noted. “Officials in the Donetsk People’s Republic described the prioritization as a ‘farce’ that would ‘hamper the process of destroying the enemy.'”

Most notably, the Wagner Group owner Yevgeny Prigozhin criticized military leadership over the choices, saying that “war is the time of the active and courageous, and not the clean-shaven.”

The Wagner Group has grown into a counter-balance to the Russian military over the past few years, with a sharp increase in prominence and influence during the Ukraine conflict as Russian President Vladimir Putin increasingly relies…