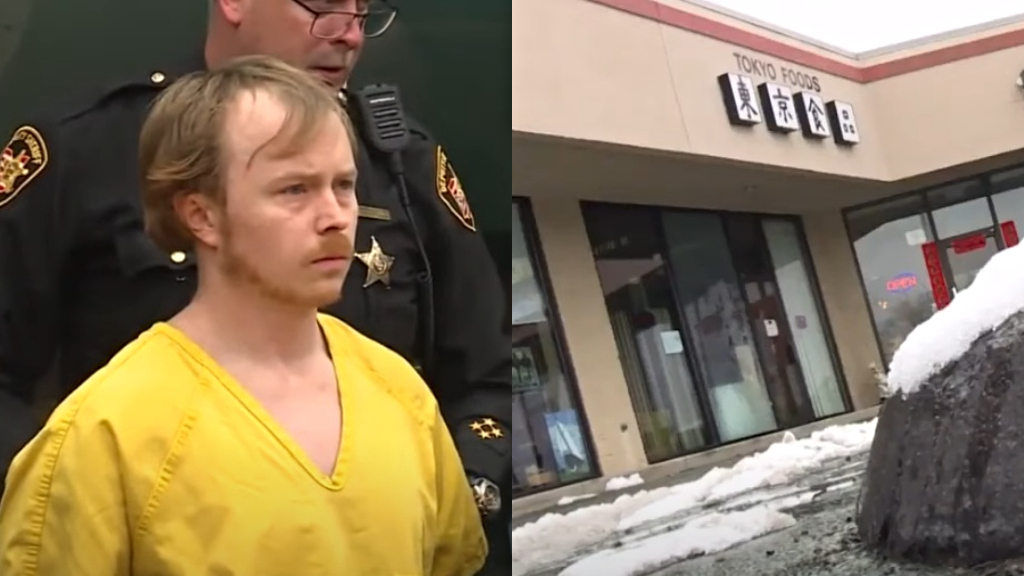 A Cincinnati man has been arrested and charged after allegedly firing multiple shots at an Asian grocery store in Evendale, Ohio, on Sunday.

Daniel Beckjord, 33, is accused of firing into the front windows of Tokyo Foods at around 6:30 p.m. While shooting, he allegedly claimed that he was the “president of Tokyo” and that the business was “not in compliance.”

Beckjord allegedly walked around the parking lot before firing more shots into the store.

Court documents say there were nine people at a neighboring restaurant, Uncle Yip’s, some of whom locked themselves in a bathroom.

More from NextShark: Utah Lawyer Tells Candidate to ‘Kindly Die and Go to Hell Motherf**ker’ for Waking Him Up From Nap

“I certainly didn’t expect to see this going out to dinner after a Bengals game,” Dr. Jan Rosenbaum Sass, who was heading to Uncle Yip’s, told WLWT. “We came up and saw a person with a gun in camouflage, pointing the gun at the window of the Tokyo Foods Store, firing into the window.”

Police arrested Beckjord at the parking lot, where they found him holding a .40 caliber Glock handgun.

A subsequent search into Beckjord’s home led to the discovery of other firearms, magazines, ammunition and two bulletproof vests.

More from NextShark: After Michelle Go’s death, MTA to build subway barriers at 3 NYC stations in attempt to improve safety

Authorities also found more than 40,000 grams of marijuana and equipment to grow, process and package the plant.

Beckjord has been charged with inducing panic, firing a gun into a habitation and multiple counts of felonious assault for the shooting incident.

His drug-related charges include possession, as well as illegal manufacture and cultivation.

Records show Beckjord was previously charged in Northside with inducing panic and obstructing official business after wandering in and out of traffic with a loaded gun. The case has not been resolved and a mental health report is pending this month.

Beckjord is being held at the Hamilton County Justice Center. His bond includes $610,000 for the shooting incident and $50,000 for the drug charges.