Ontario couple told their luggage was lost and donated to charity, but they knew where it was the whole time 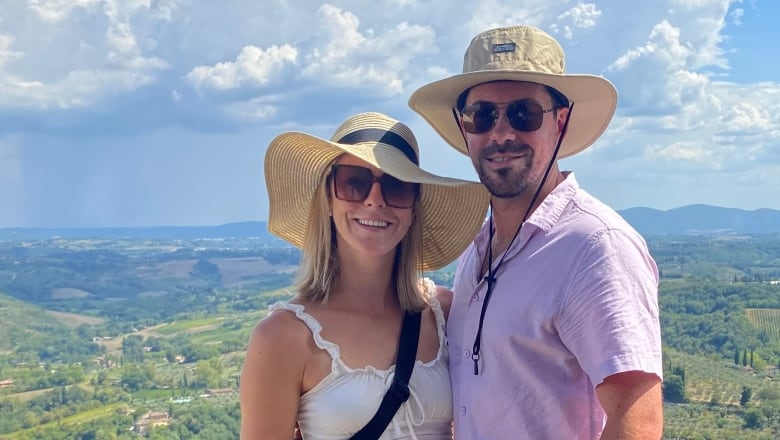 Nakita Rees and Tom Wilson of Cambridge, Ont., say they fought with Air Canada for four months to get back a piece of luggage — after the couple was told it was lost and then donated — before it was finally returned to them on Monday.

Rees and Wilson were on their honeymoon and returned to Canada from Greece on Sept. 10. Their flight landed in Montreal and they had to recheck their bags before continuing to Toronto’s Pearson International Airport.

When the couple landed in Toronto, the Apple AirTag tracker in Wilson’s luggage showed it was still in Montreal.

After filling out the paperwork for misplaced luggage, the couple went home, certain the bag would be returned within a day or two, Rees said.

She said the AirTag, which allowed them to track the bag using an app on their iPhone, gave them “complete peace of mind,” and when they saw the bag start to move four weeks later from Montreal to Etobicoke in suburban Toronto, “we were actually really excited.”

“I gave them the benefit of the doubt. I really did. I was like, it’s all good. We’re going to get it. I can see it moving,” Rees told Craig Norris, host of CBC Kitchener-Waterloo’s The Morning Edition.

Rees said Wilson’s luggage then sat in Etobicoke for more than three months and they didn’t receive an update from Air Canada.

In the meantime, Air Canada gave them financial compensation for the luggage, but Rees said they were frustrated with the airline’s lack of communication and action, considering Rees and Wilson knew the location of their bag.

Earlier this month, Wilson went to the Etobicoke Public Storage facility where the AirTag said the bag was sitting.

Rees said Wilson walked around the storage facility and found a storage unit where he believed the bag was located. There was a gap in the door and he was able to use a flashlight to see inside. Rees said he told her the unit was filled from floor to ceiling with luggage.

Rees said they called police and officers launched an investigation, but officers were unable to get them their bag because it belonged to a third-party handler that Air Canada sends unclaimed luggage to…