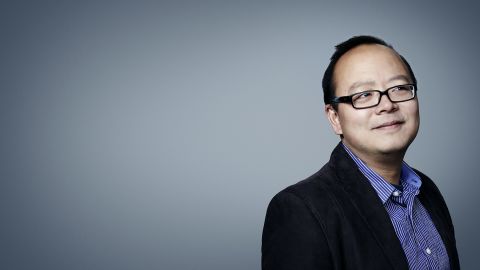 Editor’s Note: Jeff Yang is a research director for the Institute for the Future and the head of its Digital Intelligence Lab. A frequent contributor to CNN Opinion, he co-hosts the podcast “They Call Us Bruce,” and is co-author of the book “RISE: A Pop History of Asian America from the Nineties to Now.” The opinions expressed in this commentary are his own. Read more opinion on CNN.

Lunar New Year is traditionally a celebration of hope, renewal and reconnection with loved ones. Instead, Asian Americans woke up Sunday to the horrific news of yet another mass shooting the day before affecting our community — this one taking place at a ballroom dance studio in the suburban immigrant enclave of Monterey Park, California. The town of 60,000 is about two-thirds Asian and nearly 50% of Chinese ethnicity.

Eleven people were killed. Another nine were wounded, some critically.

People instantly wondered whether the murderous attack was an act of racially motivated hate. That question is hardly surprising, with echoes of previous attacks on Asians still on our minds. Nearly two weeks ago, an Indiana University student was stabbed in the head multiple times on a bus for “being Chinese,” according to court documents The Washington Post obtained.

And, of course, Saturday’s shooting took place on a cultural holiday, at a dance studio in a neighborhood where tens of thousands of people had been expected to gather for a public celebration.

But it was reported that the suspect was 72 years old and described as an Asian male. He died Sunday of a self-inflicted gunshot wound, police said.

That news didn’t eliminate the possibility of a hate-based motivation. May’s horrific attack on a Taiwanese American church congregation in Laguna Woods, California, showed how complicated the dynamics of hate crime can get (the suspect, who opposes Taiwan’s independence from China, has been charged with “hate crime enhancements” in the attack) — it certainly changes what many may speculate about the motive of this horrible crime.

Here’s the bleak reality behind this tragedy: Asian Americans have now experienced two high-profile mass shootings in about eight months.

The shooting in Laguna Woods took place in a church my…