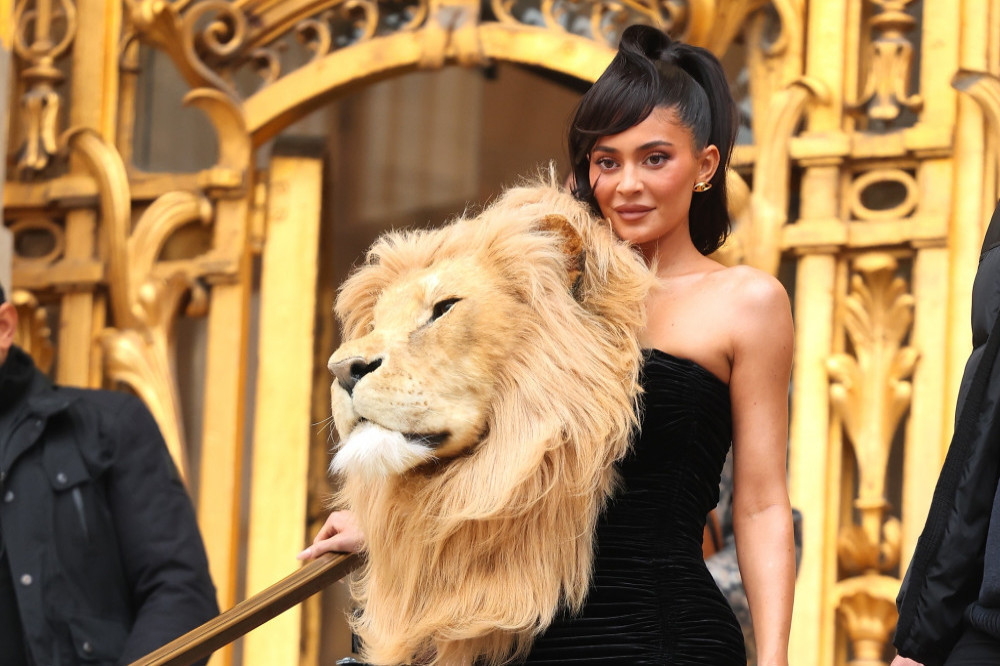 The 25-year-old reality star faced backlash – along with models featured on the catwalk like Irina Shayk, Naomi Campbell and others – from some for sporting a black gown with a faux big cat headdress attached like Carrie Johnson, the 34-year-old wife of the ex UK Prime Minister Boris Johnson, 58, for promoting “trophy hunting” but was supported by the People for the Ethical Treatment of Animals, who are known for their attention grabbing protests.

Ingrid Newkirk, the president of the animal rights campaign group told Page Six Style: “Kylie, Naomi and Irina’s looks celebrate the beauty of wild animals and may be a statement against trophy hunting, in which lions and wolves are torn apart to satisfy human egotism.”

They also urged the rest of the fashion industry to maintain producing completely “cruelty-free designs”.

Ingrid said: “We encourage everyone to stick with 100 per cent cruelty-free designs that showcase human ingenuity and prevent animal suffering.”

The European fashion house wrote on Instagram underneath a photograph of Kylie – who recently revealed Aire as the new name of her 11-month old son, the little brother of her four-year-old daughter Stormi with her ex Travis Scott, 31- declaring: “NO ANIMALS WERE HARMED IN MAKING THIS LOOK.”

This came after a social media backlash to the look, which included the condemnation from Carrie Johnson – who outside of her marriage to the disgraced politician, with who she has son Wilfred, two, and daughter Romi, 13 months, is a noted environmental campaigner – who captioned a snap of Irina: “Grim! Real or fake, this just promotes trophy hunting. Yuck!”