‘Replica’ sword is really 3,000 years old and may have been used in battle 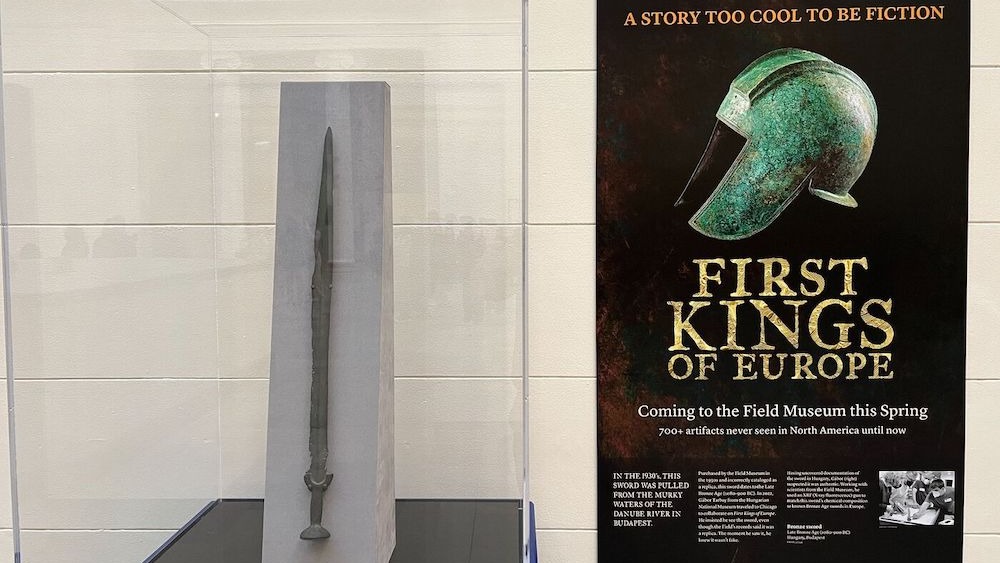 A “replica” sword that has been part of the collection at the Field Museum in Chicago for nearly a century is actually a 3,000-year-old artifact from the Bronze Age.

Curators made the shocking discovery while preparing for an upcoming exhibition called “First Kings of Europe.” The 3-foot-long (91 centimeters) bronze sword had been in storage since the museum acquired the weapon in the 1930s after it was pulled from the Danube River in Budapest, Hungary, during an excavation, Field Museum representatives said in a statement (opens in new tab).

It was a tradition for Bronze Age warriors to toss their swords and armor into a body of water “to commemorate lost loved ones or a battle,” the statement said.

“Literally, sometimes they are burying the hatchet,” William Parkinson (opens in new tab), a curator of anthropology at the Field Museum, told the Chicago Sun-Times (opens in new tab). “You’ll get a deposit of hatchets that are brand new.”

However, somewhere along the line the sword got mistaken for a replica. While there’s no way of knowing for sure how such an oversight occurred, it was likely just a simple administrative error.

Related: 2 Viking swords buried upright might have connected the dead to Odin and Valhalla

“I think there was a clerical error when it got here,” Parkinson said. “Someone just wrote it down wrong.”

While curating the exhibition, Hungarian archaeologists asked museum curators to show them the sword for themselves. With the help of Field scientists, including a chemist, the archaeologists used X-rays to scan the weapon and compared its “chemical makeup to other known Bronze Age swords in Europe.” The researchers discovered that the swords’ “content of bronze, copper and tin were nearly identical,” according to the statement.

“Usually, this story goes the other way round,” Parkinson said in the statement. “What we think is an original turns out to be a fake.”

The newly classified sword will be on display as part of “First Kings of Europe (opens in new tab),” which will open at The Field Museum on March 31.