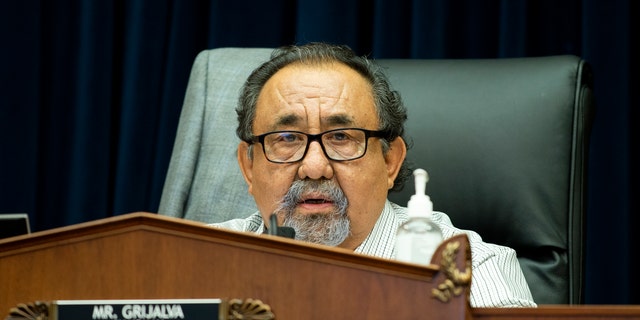 The lawmakers — Reps. Raul Grijalva, D-Ariz., Frank Pallone, D-N.J., and Kathy Castor, D-Fla. — explained during a press call Tuesday afternoon that they were willing to support more leasing in some cases even after they criticized such leasing as a handout for the fossil fuel industry. The three Democrats have all previously taken hard-line stances against new fossil fuel production on federal lands and waters.

“In terms of the Inflation Reduction [Act], in terms of the piece of legislation where we voted for mandated sales, it’s the process of balance,” Grijalva, the top Democrat on the House Natural Resources Committee, said in response to a question from Fox News Digital during the call. “There is no balance to H.R. 21 and [the IRA] provided the most resources historically to deal with the real issue of the climate crisis and climate action associated with those resources. That was the balance, that was the investment.”

“There is no investment in H.R. 21 and, in fact, there’s a retraction. So that’s the difference,” he continued. “The difference is compromise, trying to meet in the middle, doing some balancing to try to get the larger investment into climate action and I’m glad we did it.”

The Democrats organized the call to attack H.R. 21, the Strategic Production Response Act, a Republican-led bill that would require the Department of Energy to only tap the SPR when there is a severe energy supply interruption and not until the Interior Department (DOI) issues a plan to increase oil and gas production on federal lands and waters. The legislation is slated for a floor vote later this week.

However, despite their criticism of the Strategic Production Response Act, Grijalva, Pallone and Castor all voted in favor of the IRA which President Biden signed into law in August.

The IRA, which was authored by Sen. Joe Manchin, D-W.Va., requires the federal government to reinstate Lease Sale 257, an offshore lease sale…