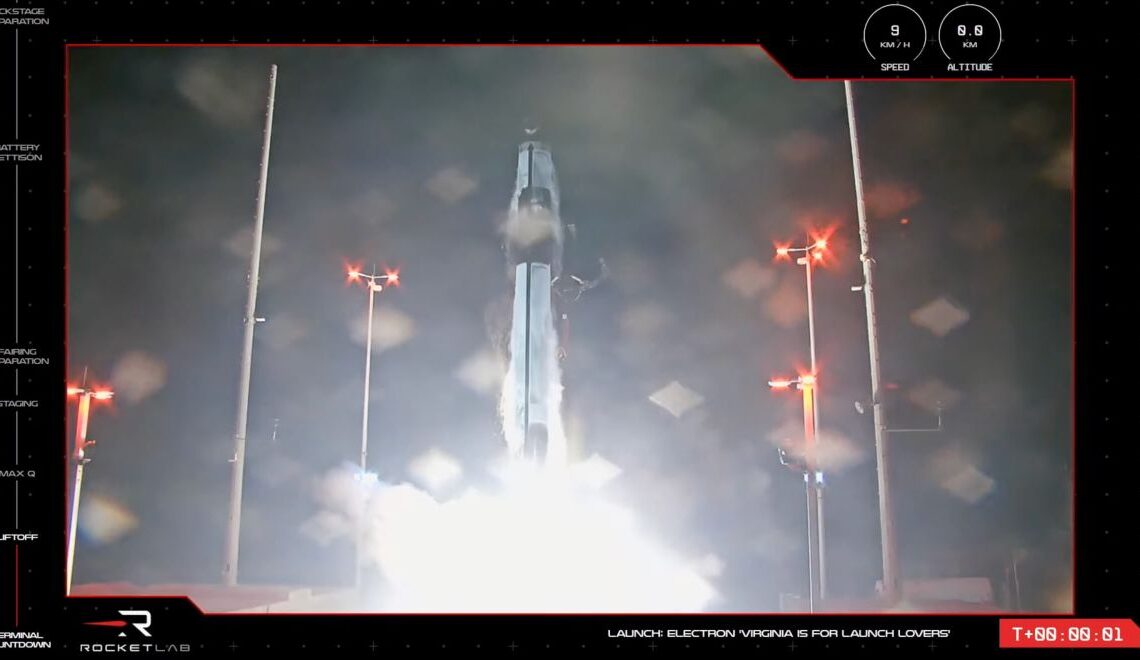 Liftoff occurred at 6 p.m. EST (2300 GMT), about 45 minutes after sunset. The rocket lit up the twilight sky over Virginia’s Eastern Shore with a rumbling roar, soaring over the stars of the Orion constellation as it arced into orbit.

“Liftoff of Electron from Launch Complex 2, leaving U.S. soil for the first time and on its way to space, up and over the Atlantic Ocean!” Murielle Baker, Rocket Lab’s communications manager, said during a webcast of Tuesday’s launch.

The three satellites were deployed as planned at an altitude of about 340 miles (550 kilometers) just under an hour after liftoff. News of this success was delayed by about 35 minutes, however, because a communications-receiving ground station wasn’t functioning properly.

Tuesday’s launch, called “Virginia Is for Launch Lovers” (a play on the state’s tourism motto “Virginia Is for Lovers”), was years in the making for Rocket Lab, which until now has launched Electron missions only from its two pads on the Mahia Peninsula of New Zealand’s North Island.

The Virginia launch site is part of the Mid-Atlantic Regional Spaceport for commercial launches out of Wallops. Rocket Lab finished building its pad at the U.S. site in 2020.

“We’re incredibly excited about the capability we’re bringing to Virginia by delivering responsive launch for our customers from U.S. soil, and we’re also proud of the opportunities it creates for the local community by creating highly skilled jobs and bringing high-tech manufacturing to the Eastern Shore,” Rocket Lab founder and CEO Peter Beck said in a statement before launch (opens in new tab). The new pad will offer additional flexibility for U.S. commercial, military and government flights, he added.

Rocket Lab hoped to begin launches from Wallops in 2020, but delays…