Rep. Steube announces 'Good Samaritan' who called 911 after his fall will be his 'official guest' for SOTU

Russia causes damage to Ukrainian infrastructure worth of US$138 billion 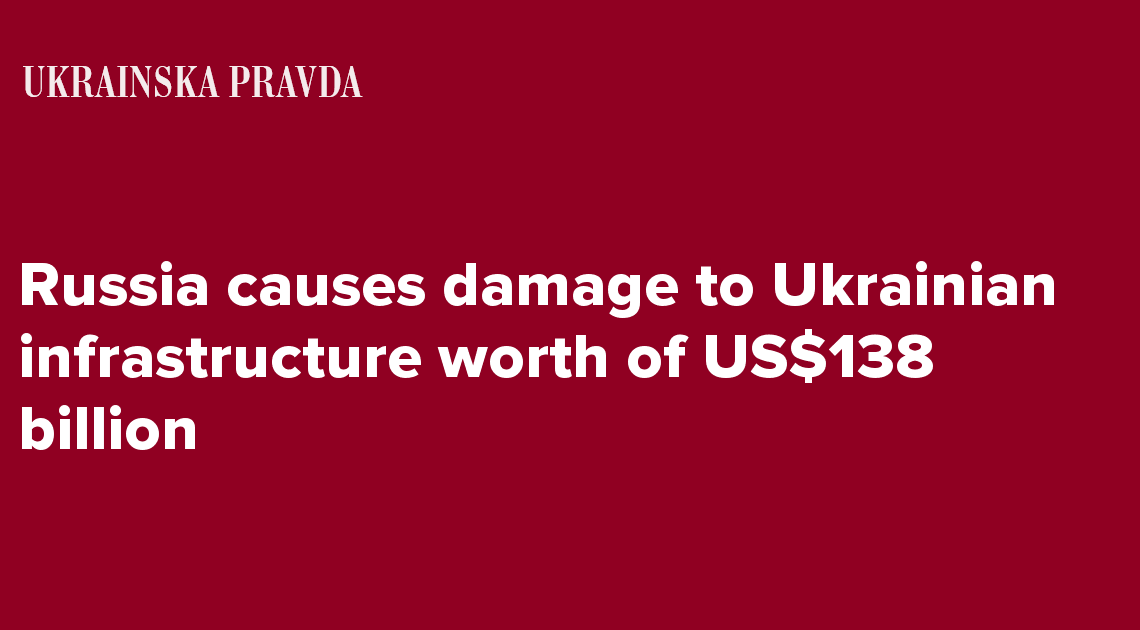 As of December 2022, direct damage to Ukraine’s infrastructure caused by a full-scale war unleashed by Russia reaches US$137.8 billion.

Details: Since November, the amount of damage has increased by US$2 billion. Firstly, this amount is due to the destruction of the housing stock, educational institutions, and cultural, sports and religious facilities.

Damage from the destruction of the housing stock is estimated at US$54 billion. In December, this amount increased by another US$1.5 billion. For more than ten months of the war, a total of 149,000 residential buildings have been damaged or destroyed, most of which were private houses (131,000).

The areas most affected by the war are the infrastructure, with losses of US$35.6 billion, as well as industry and businesses losses (US$13 billion). Infrastructure is also gradually being restored: by the beginning of December, out of more than 150 destroyed or damaged bridges or overpasses, traffic was restored on 72 facilities, and by the beginning of January, it was restored on 78 facilities.

Losses caused by the war to cultural, sports and religious institutions increased by another US$100 million, and in total are estimated at US$2.2 billion.