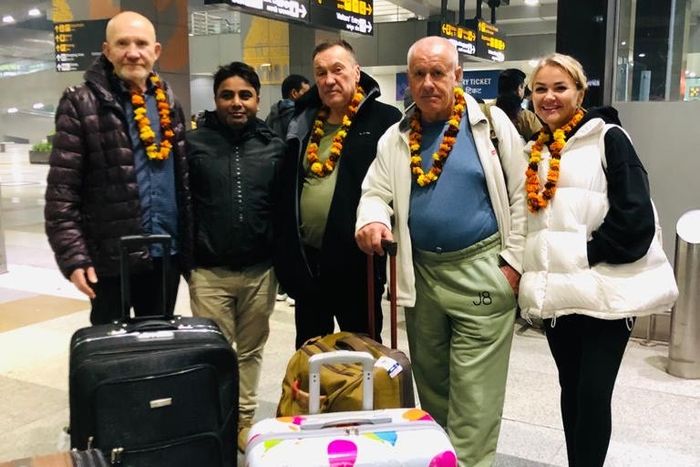 BHUBANESWAR, India—Pavel Antov holed himself up in his hotel room, refusing food and drink for two days, after the death of a longtime friend who had accompanied him on a trip deep into the jungles of east India.

The last time the staff at the Hotel Sai International recall seeing the 65-year-old Russian—a prominent regional lawmaker who owned a sausage-making company—he was alone on Dec. 24, swinging his fists in the air and heading for the hotel roof.

Moments later his body slammed onto a low-slung building at the foot of the three-story hotel, according to staff and police.

Mr. Antov’s death has drawn India into a thicket of international speculation over the demise of wealthy Russians, some with ties to the Kremlin. Since Russia’s invasion of Ukraine, at least 19 senior Russian executives have been found dead in their homes and other locations. Two of them were discovered along with the bodies of their wives and children.

the chairman of Lukoil PJSC, Russia’s second-largest oil-and-gas company and one of the few Russian corporations to openly call for an end to Russia’s war in Ukraine, died after falling from a sixth-floor hospital window in Moscow, according to state news agency TASS. He had been hospitalized for a heart attack and was taking antidepressants, the news agency said.

Mr. Antov, a member of the ruling United Russia party, had been under media scrutiny at home for a quickly retracted WhatsApp post deemed critical of Moscow’s military campaign in Ukraine. His death came two days after his traveling companion, Vladimir Bydanov, 61, died of a heart attack, police said. The men had been sharing a room in India.

The early stages of an investigation by Odisha state police into the deaths of Messrs. Antov and Bydanov indicate there was no foul play, according to the lead investigator. Interviews with police and people around Messrs. Antov and Bydanov in the days before they died suggest the two men had been drinking heavily throughout a trip that quickly spiraled out of control. Police said a regular autopsy showed Mr. Bydanov died of a heart attack on Dec. 22, Mr. Antov’s birthday. A regular autopsy showed Mr. Antov died two days later from internal injuries suffered from the fall, police said.