Scholz to give Ukraine Leopard 2 tanks 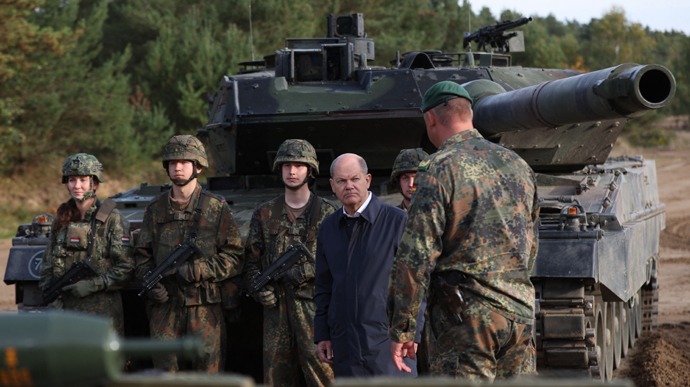 Olaf Scholz, the Chancellor of Germany, has decided to transfer Leopard 2 battle tanks to Ukraine.

This was reported by European Pravda with reference to Spiegel.

According to the publication, Germany plans to provide Ukraine with at least one company of Leopard 2A6 tanks, which is about 14 units of equipment, under NATO standards.

It is claimed that the German Leopard tanks are to arrive from the warehouses of the Bundeswehr. In the medium and long term, additional tanks may be prepared from stocks held by German industry.

Update as of 20:53: Politico writes that Scholz is expected to announce about supplying tanks for Ukraine on Wednesday, 25 January, during his address in the Bundeswehr scheduled for 13:00. He may also announce that Germany will permit re-export of Leopard 2 tanks from other European countries.

As Spiegel points out, Berlin’s decision was obviously preceded by several days of intensive consultations with allies, especially the United States. German Chancellor Olaf Scholz emphasised that he would supply Ukraine with combat tanks only in cooperation with other countries.

The German army has 320 Leopard 2 tanks in service. These tanks are in various conditions in terms of repair and readiness for deployment, and the exact number of these that can be ready for dispatch to Kyiv is not publicly disclosed.

In addition, on Tuesday, it became known that Germany received a request from Poland to re-export Leopard 2 tanks to Ukraine. The German government has stated that they wanted to review this request as quickly as possible. According to the mass media, the decision may be announced as early as Wednesday.