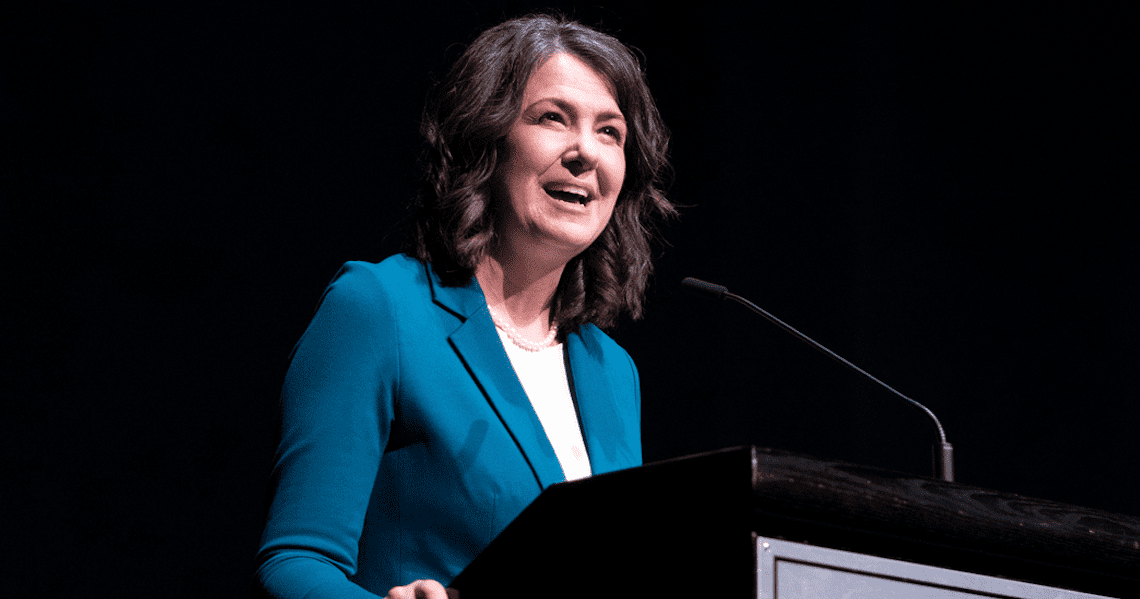 Email, WhatsApp, ProtonMail and Signal are the 21st Century equivalents of a pot full of pink geraniums on your apartment balcony to signal a meeting in a darkened parking garage.

Combined with the fact Premier Danielle Smith is in effect the boss of the Alberta civil service, this renders meaningless the “comprehensive review” of government emails over the past four months by the Alberta Public Service looking for messages between someone in the Premier’s Office and someone at the Alberta Crown Prosecution Service.

“The review was conducted by the Public Service Commission and internal IT experts between Jan. 20-22,” the government said in a statement.

“Almost a million incoming, outgoing, and deleted emails were reviewed,” it said – although not by human eyes, obviously.

Ergo, the statement reached the convenient conclusion that “no further review will be conducted unless additional evidence is brought forward.”

So that puts the ball back in the court of the CBC, which broke the story on January 19 that a staff member in Smith’s officer sent “a series of emails” last fall to the Alberta Crown Prosecutors office challenging the way prosecutors were handling the cases that resulted from the blockade at the Coutts border crossing in February.

Accusations of interference with the administration of justice swiftly followed.

At the least, the CBC is now going to need to explain why it is confident in the sources it agreed not to identify because they justifiably “fear they could lose their jobs.”

Premier Smith, true to form, jumped right in with a statement of her own, also published on the official Government of Alberta website today.

“I have full faith that the public service conducted a thorough and comprehensive review,” Smith’s statement said. “I would like to thank them for the seriousness with which they took this matter as well as their commitment to working non-stop over the past number days to provide Albertans with results to put their concerns to rest.

“An independent Crown prosecution service, free from political interference, is integral to the preservation of public confidence in the justice system,” she added piously.

“We ask the media and public to also respect their independence as they carry out their important work,” the statement concluded self-righteously.

Nothing to see here, folks. Move along please.