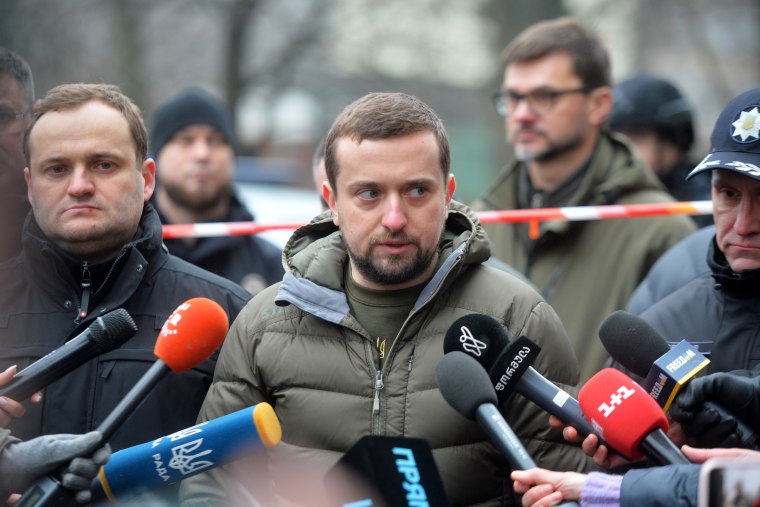 The deputy head of Ukraine’s presidential office quit Tuesday, after Ukrainian President Volodymyr Zelenskyy pledged to launch a staff shake-up amid high-level corruption allegations during the war with Russia.

Kyrylo Tymoshenko asked to be relieved of his duties, according to an online copy of a decree signed by Zelenskyy and Tymoshenko’s own social media posts. Neither gave a reason for the resignation.

In all, four deputy ministers and five regional governors were set to leave their posts, the country’s cabinet secretary said on the Telegram messaging app.

With Western allies pouring billions of dollars into Ukraine to help Kyiv’s fight against Moscow, Zelenskyy had pledged to weed out corruption which some observers have described as endemic. Zelenskyy came to power in 2019 on an anti-establishment and anti-corruption platform.

Tymoshenko joined the presidential office in 2019, after working on Zelenskyy’s media and creative content strategy during his presidential campaign.

Last year he was under investigation relating to his personal use of luxury cars. He was also among officials linked last September to the embezzlement of humanitarian aid worth more than $7 million earmarked for the southern Zaporizhzhia region. He has denied all the allegations.

Oleksandr Kubrakov, the infrastructure minister, said Lozynsky was relieved of his duties after Ukraine’s anti-corruption agency detained him while he was receiving a $400,000 bribe for helping to fix contracts related to restoring infrastructure facilities battered by Russian missile strikes.

In his nightly video address, Zelenskyy said that…