Switzerland plans to allow re-export of arms to Ukraine 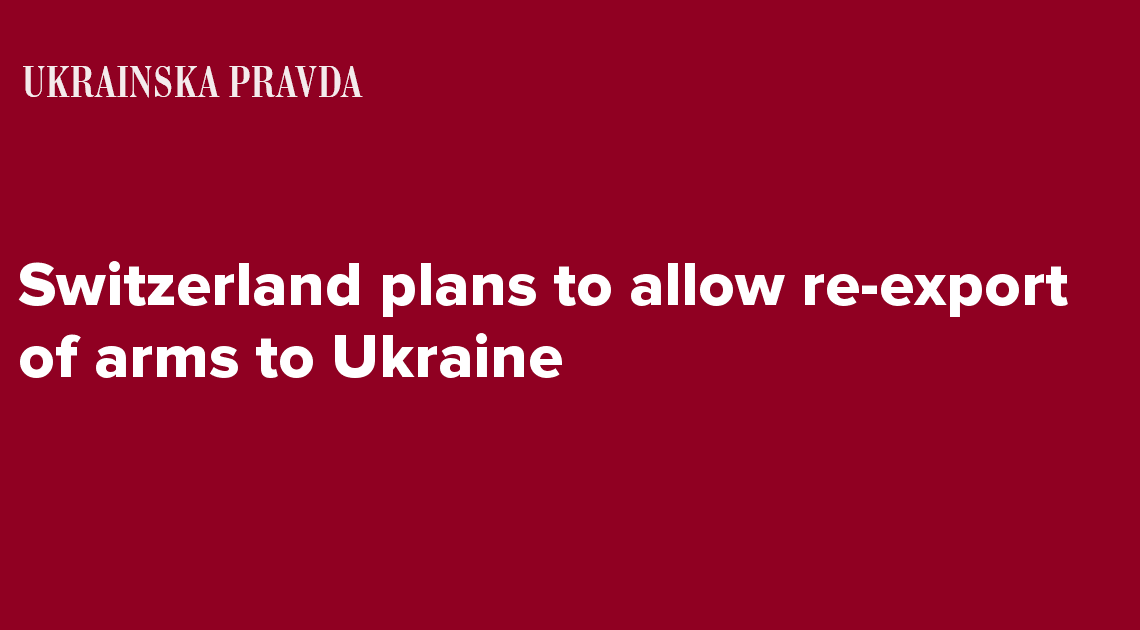 The Commission for the Security Police of the National Council of Switzerland (lower house of the Parliament) approved the initiative of the Members of Parliament, which will allow the re-export of Swiss armament from third countries to Ukraine.

Source: European Pravda, with reference to the statement published on the Swiss Parliament website

“With 14 votes against 11, the Commission for the Security Police of the National Council of Switzerland (SiK-N), approved the presentation and the MP initiative concerning the re-export of military equipment. The declarations of non-re-export must have a clause, which would allow cancelling them in case the prohibition on the use of force is violated in accordance with the international law, specifically in case of the Russo-Ukrainian war”, says the statement.

Since Switzerland is a neutral country, its legislation forbids the re-export of armament to the countries at war. Yet the majority of the commission is convinced that such changes to the law would not violate Switzerland’s neutrality because Switzerland itself would not supply Ukraine with armament directly. The decision only depends on the countries that had received military materials in Switzerland before.

The commission is required to make changes to Article 18 of the law about military materials (KMG), so that the Federal Council (the Swiss government – ed.) could announce the cancellation of the declaration of non-re-export by countries that bought the Swiss military materials. The initiative explains that this is about the situation, in which the UN Security Council announces the violation of the prohibition to use force in accordance with the international law, or in which the UN General Assembly decides by the two-thirds majority vote that such prohibition was violated.

Meanwhile, the Commission stressed that the government must preserve its right to support the re-export ban if its cancellation goes against Switzerland’s main interests on the international arena.

Thus, the declaration of non-re-export of armament is to become invalid if there is confidence that the military materials were re-exported to Ukraine in connection with the Russo-Ukrainian war.

If the Commission achieves its goal, the changes to the law will come into force on 1 May and will be valid until the end of 2025.