Takeaways from Oscar nominations: ‘Avatar:’ The Way of the Water’ and ‘Top Gun Maverick’ score noms 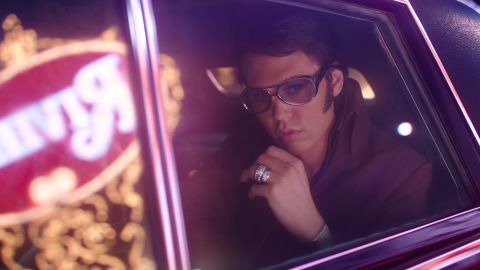 Hundreds of films were released last year, on all sorts of platforms. Yet if we tend to look back at Hollywood during any given year in part by what earned Academy Award recognition, then 2022 will likely go down as a relatively mediocre year for movies.

To their credit, the 95th annual Oscar nominations reflect the breadth of the industry, from giant, audience-pleasing blockbusters like “Avatar: The Way of Water” and “Top Gun: Maverick” – which have combined for more than $3.5 billion at the worldwide box office – to key nods for little-seen, small-scale films heralded by critics groups, including the stars of “Aftersun” and “To Leslie.”

Streaming also again made waves, as the resistance to its full acceptance at the awards table has steadily eroded, after claiming the last two best-picture winners with Hulu’s “Nomadland” and Apple TV+’s “CODA.”

Still, a number of the movies that made the best picture cut this year felt conspicuously flawed, with “The Banshees of Inisherin” looking pale next to director Martin McDonagh’s more celebrated work, and the biography “Elvis” having to overcome its over-the-top aspects, including Tom Hanks’ Razzie-recognized supporting role.

That’s an observation seldom heard from media outlets caught up in the horserace aspects of Oscar fever, and what the crop of nominees says about the state of a movie business that has undergone wrenching changes.

Specifically, this year’s nominations seem to underscore the shift brought about by the advent of streaming and at-home viewing, and the wrenching and lingering effect of the pandemic that temporarily closed theaters and has helped evaporate much of the theatrical audience for the kind of character-driven movies that traditionally dominate the Oscar race.

On the plus side, the nominations – big and small, theatrical and streaming, sequels and decidedly original – feel as if they offer a little something for everybody, which, in the final analysis, might be the best means of heightening interest in the industry’s marquee awards telecast, which has struggled ratings-wise along with its lower-profile brethren.

In that context, one can cynically look at recognition for “Avatar” and “Top Gun” as bait to…