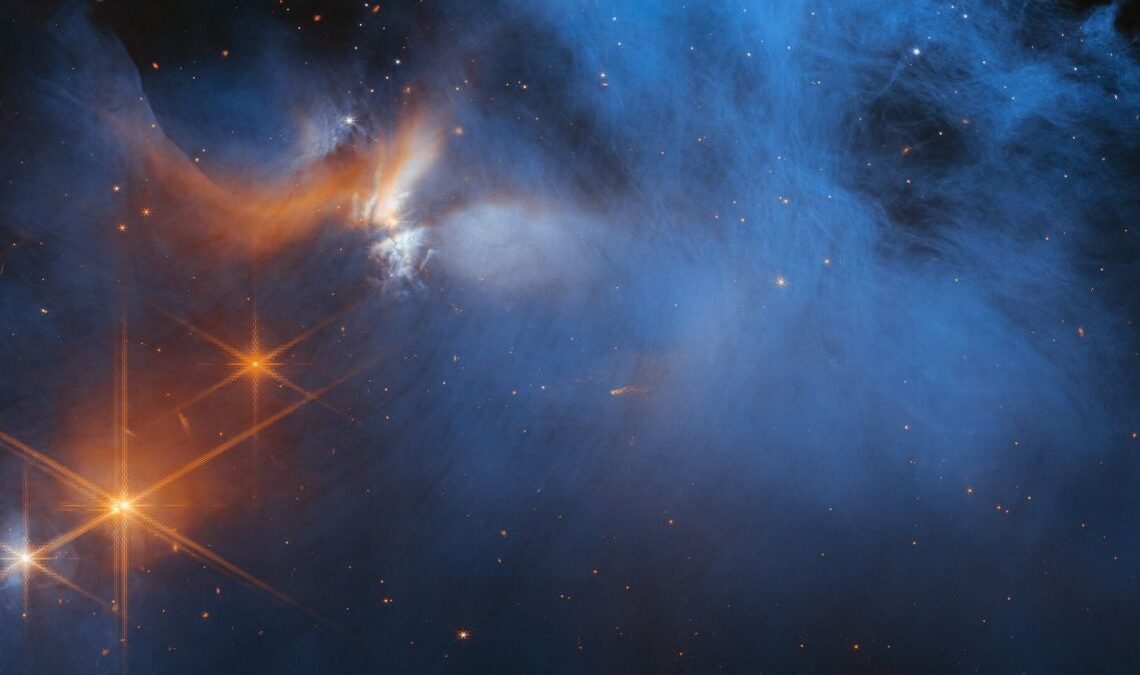 Scientists using the James Webb Space Telescope (JWST) have observed and measured the coldest ice in the deepest reaches of an interstellar molecular cloud to date. The frozen molecules measured minus 440 degrees Fahrenheit (minus 263 degrees Celsius), according to new research published Jan. 23 in the journal Nature Astronomy (opens in new tab).

Molecular clouds, made up of frozen molecules, gasses and dust particles, serve as the birthplace of stars and planets — including habitable planets, like ours. In this latest research, a team of scientists used the JWST’s infrared camera to investigate a molecular cloud called Chameleon I, about 500 light-years from Earth.

Within the dark, cold cloud, the team identified frozen molecules like carbonyl sulfur, ammonia, methane, methanol and more. These molecules will someday be a part of the hot core of a growing star, and possibly part of future exoplanets, according to the researchers. They also hold the building blocks of habitable worlds: carbon, oxygen, hydrogen, nitrogen and sulfur, a molecular cocktail known as COHNS.

“Our results provide insights into the initial, dark chemistry stage of the formation of ice on the interstellar dust grains that will grow into the centimeter-sized pebbles from which planets form,” lead study author Melissa McClure (opens in new tab), an astronomer at Leiden Observatory in the Netherlands, said in a statement (opens in new tab).

Stars and planets form within molecular clouds like Chameleon I. Over millions of years, the gases, ices and dust collapse into more massive structures. Some of these structures heat up to become the cores of young stars. As the stars grow, they sweep up more and more material and get hotter and hotter. Once a star forms, the leftover gas and dust around it form a disk. Once more, this matter starts to collide, sticking together and eventually forming larger bodies. One day, these clumps may become planets. Even habitable ones like ours.

“These observations open a new window on the formation pathways for the simple and complex molecules that are needed to make the building blocks of life,” McClure said in the statement.

The JWST sent back its…