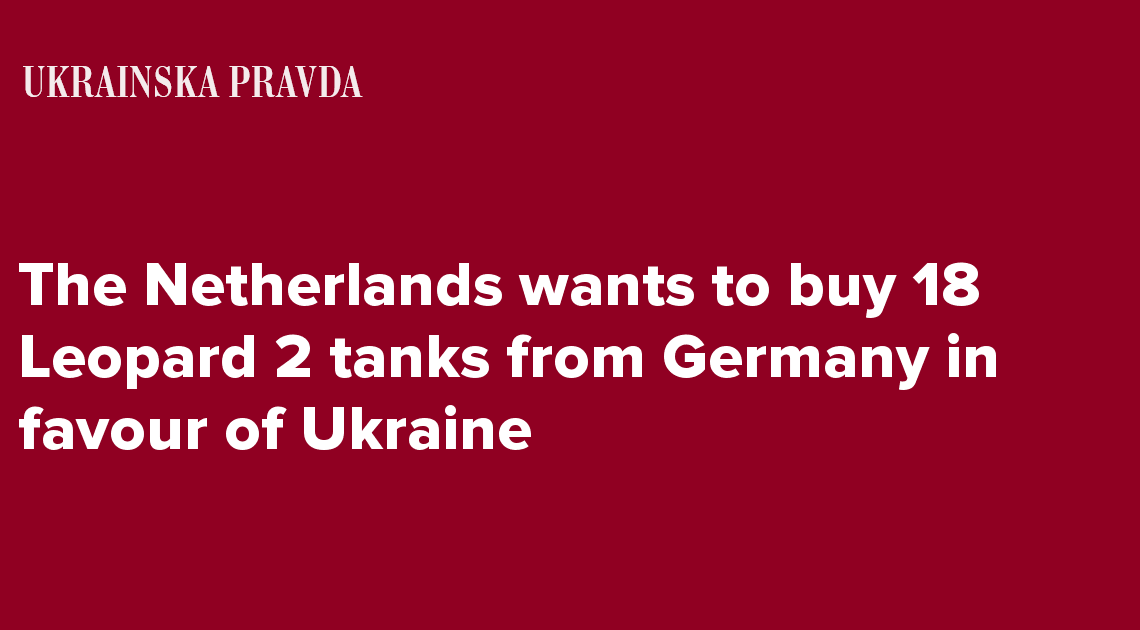 The Netherlands can buy 18 Leopard 2 tanks that were leased from Germany and transfer them to Ukraine within the framework of the tank coalition, which aims to send modern main battle tanks to this country, thus helping it to resist the Russian aggression.

European Pravda reported that, citing Mark Rutte, Dutch Prime Minister who announced it in an interview with Frankfurter Allgemeine Zeitung.

Rutte, who noted the understanding of Ukraine’s need for Western tanks, added that such a step makes sense only in coordination with other countries, such as Finland and Portugal, but there is no such solution yet.

According to the head of the Dutch government, the decision on the supply of Leopard should be made by the German government. If Germany refuses, the Netherlands and other countries will have to make their own decisions on the supply of tanks on a bilateral basis. “But we are not at that stage yet, and I don’t want to put any pressure on Germany,” Rutte added.

Germany coordinated previous arms supplies with the Netherlands, for example, in the case of Panzerhaubitze 2000 self-propelled howitzers.

On 24 January, it became known that Germany received a request from Poland  concerning the re-export of Leopard 2 tanks to Ukraine. The German government stated that they wanted to review this application as quickly as possible. According to media reports, the decision may be announced on 25 January.

In addition, according to Spiegel, German Chancellor Olaf Scholz made a decision to transfer Leopard 2 battle tank companies to Ukraine.