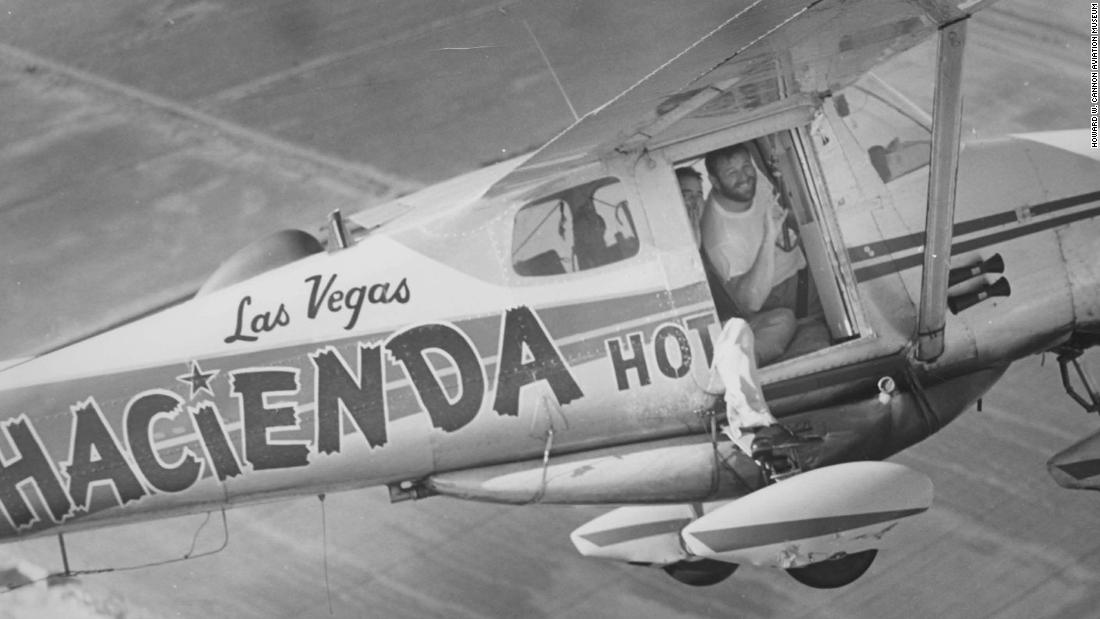 The unmanned aircraft, operated by the US Army and produced by Airbus, flew for 64 days, 18 hours and 26 minutes before unexpectedly crashing down in Arizona — just four hours shy of breaking the record for the longest ever continuous flight.

That record was set 64 years ago, in 1959, by Robert Timm and John Cook, who flew aboard a four-seater aircraft in the skies over Las Vegas for 64 days, 22 hours and 19 minutes.

It’s remarkable that the Zephyr — a light aircraft with modern technology which was flying autonomously — not only failed to beat that time, but even if it had, Timm and Cook would still have retained the world endurance record for a crewed flight.

In fact, it’s nothing short of astonishing that Timm and Cook managed to stay in the air for so long, in an era that was closer to the Wright brothers’ first flight than today.

In 1956, the Hacienda hotel and casino opened at the southern end of the Las Vegas Strip.

It was one of the first family-oriented resorts in Las Vegas, and looking for publicity, the hotel owner took upon the suggestion of one of its employees: fly a plane bearing the hotel’s name on its side, and use it to beat the flight endurance record, which stood at almost 47 days in the air and had been set in 1949.

The employee, a former World War II fighter pilot turned slot machine repairman named Robert Timm, received $100,000 to set up the event, which was then tied to a fundraiser for cancer research.

Timm spent months modifying his chosen aircraft, a Cessna 172: “It was a relatively new design,” says Janet Bednarek, an aviation historian and professor at the University of Dayton. “It’s a roomy four-seater airplane and it was known for being reliable and fairly easy to fly — something you don’t have to pay attention to every moment. And when you’re doing long duration, you want an airplane that’s just going to kind of hum along there.”

The modifications included a mattress to sleep on, a small steel sink for personal hygiene, the removal of most of the interior fittings to save weight, and a rudimentary autopilot.

“The important thing, however, was to create a way to refuel,” says Bednarek. “There had been a lot of experiments up to this point with aerial refueling, but there really was no way to modify a Cessna 172 to be refueled in midair. So they set up an extra tank that could be filled from…