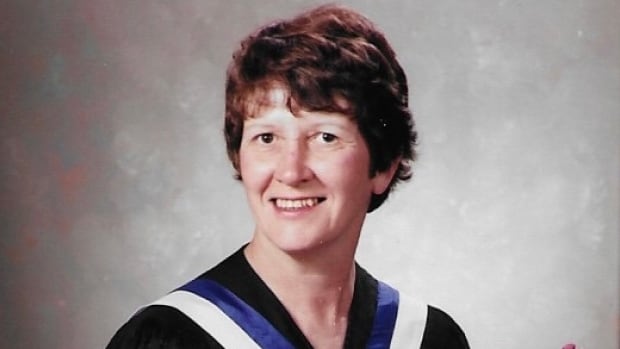 An Ontario man is looking for answers after Canada Post lost his mother’s ashes, then told him they were destroyed in a vehicle fire almost two months after he sent them to British Columbia to be buried.

“It’s heartbreaking,” said Scott Dawson about Beverly Hutlet, who was 73 when she died at the beginning of November in her London, Ont., home.

“We can’t have any closure as of right now. We can’t do the service for her we wanted to do.”

After a celebration of Hutlet’s life in Ontario, Dawson packed up the urn containing his mom’s ashes and paid Canada Post to ship the package to Ladysmith, B.C., where she wanted to be buried in a family plot. The package never arrived, and Dawson had been trying to get Canada Post to find it since Dec. 2, when the tracking on the shipment stopped.

On Monday, after questions from CBC News, Canada Post told Dawson the package was destroyed in a vehicle fire.

“Our teams at the site of the accident determined that none of the postal items in the delivery vehicle could be salvaged,” Canada Post told CBC News. “This is a terrible outcome.”

The federal agency told Dawson the parcel carrying his mother’s remains was in a trailer that caught fire midway through its journey on Dec. 12 in Manitoba.

But Dawson said he’s angry, frustrated and annoyed at the situation.

“I just don’t know how to process this,” he said.

Canada Post offered to refund him the $40 in shipping fees, but Dawson said he’s devastated he won’t be able to get back his mother’s remains so the family can bury her properly.

Ashes are the last tangible representation of the person we lost. We treat it with reverence as a way of honouring that person and your relationship with them.– Darcy Harris, King’s University College, professor of grief and dying

“When my mom passed away, her wishes were to be laid to rest beside her family on Vancouver Island,” Dawson said.

There’s a plot and headstone waiting for Hutlet in the Ladysmith cemetery.

The family is still trying to process the news that Hutlet’s remains are gone, and hasn’t decided what they’ll do next.

The loss of such an important piece of memory is devastating, said Darcy Harris, a grief counsellor and King’s University College professor of grief and dying.

“Ashes are the last tangible representation of the person we lost. We treat it with reverence as a way of honouring that person and your relationship with them.”

Burying a loved one or scattering the ashes is an…