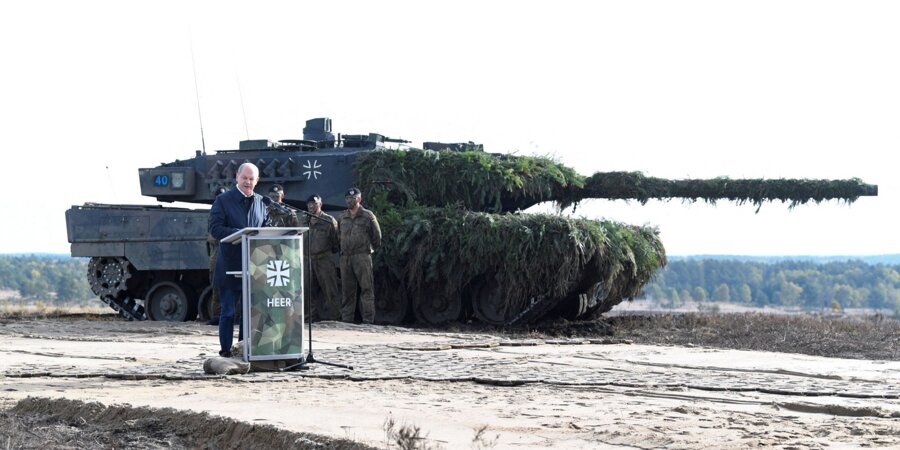 Twelve countries have agreed to supply Ukraine
with around 100 Leopard 2 tanks if the German government gives its consent,
Australia’s news service ABC News reported on Jan. 24, with reference to a
senior Ukrainian official.

According to the source, the tank commitments were made at a Jan. 20 summit at Ramstein U.S. Air Force Base in Germany when allied nations discussed military support for Ukraine.

Countries such as Poland and Finland have already indicated publicly that they are willing to provide a number of their Leopard 2 tanks to Ukraine.

An Ukrainian official with knowledge of the matter said Spain, the Netherlands and Denmark were also willing to provide some of their tanks, however Germany’s consent was still necessary for the coalition of countries to proceed on the matter.

The senior Ukrainian official, who spoke with ABC News on condition of anonymity, said the German-made Leopard tanks were urgently needed by Ukraine because its stocks of ammunition for its Soviet-era tanks are “running out.”

Some of Ukraine’s partner states have expressed their readiness to provide Ukraine with German-made Leopard tanks but are waiting for Berlin’s permission to re-export the tanks.

Following the summit, Ukrainian Defense Minister Oleksii Reznikov said that countries have achieved “a positive breakthrough” regarding the Leopard-2 tanks. He explained that the meeting participants agreed that countries with Leopard 2s in service could begin training Ukrainian tank crews.

Following numerous Ukrainian requests, Poland has decided to transfer German-made Leopard main battle tanks to Ukraine, Polish President Andrzej Duda said during his visit to Lviv, Ukraine, on Jan. 11, where he met with his Ukrainian and Lithuanian counterparts, Volodymyr Zelenskyy and Gitanas Nauseda.

In turn, Polish Prime Minister Mateusz Morawiecki said Warsaw would build a “smaller coalition” of the…