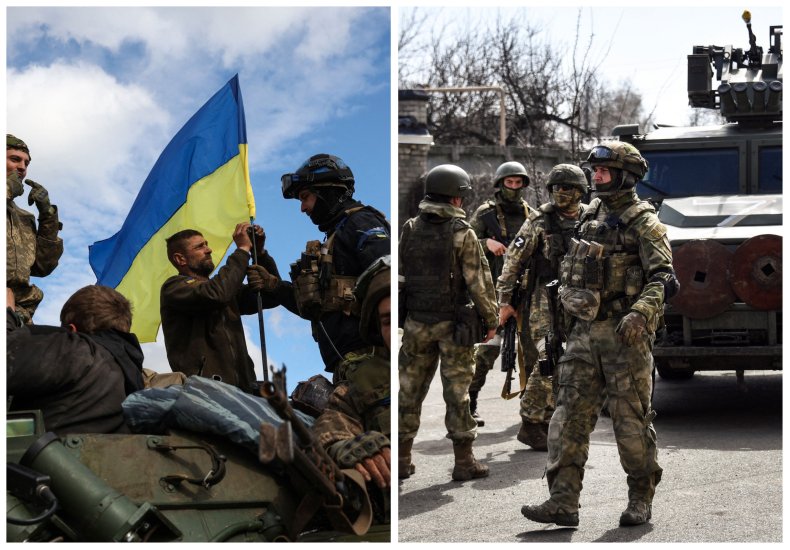 A new map shows where the counterattacks have taken place in Ukraine over the past 11 months, as the war against Russia wages on.

The Newsweek map shows the major counterattacks by both Russian and Ukrainian forces from March 4, eight days after the war began in 2022. It includes the most recent counterattacks on January 19.

Just over a week into the invasion, it shows that Russian-backed separatists occupied much of the eastern Ukraine. They also held the majority of southeast Ukraine, including Crimea, which was annexed in 2014.

In the north and northeast of Ukraine, Russian forces advanced, moving in toward the capital, Kyiv. On March 25, Ukraine launched some small counterattacks in the south, northeast and east of Ukraine to try to push back the Russian advance.

By April 1, these small attacks had grown slightly larger, with Ukrainian forces commencing more counterattacks across the south, east and northeast.

A week later, the map shows that Ukraine’s forces were able to successfully push Russian troops back into Belarus and Russia, taking greater control of the northern region.

By May 19, Ukraine had seen success at pushing Russian troops east of Odesa further south. As well as this, the fight for Kharkiv saw Russian troops retreat further east.

Throughout the summer, Russia had some success at holding off Ukrainian counterattacks and continued to advance in both the east and south of the country.

On September 13, a Ukrainian counterattack pushed Russian forces further east. In the south, Ukraine’s surge grew stronger as the month went on.

In October, the Ukrainian counterattack continued in the east and the south, while Russia’s advance was halted, according to the map.

As of January 19, Ukraine continues to push further east toward Luhansk.

A counterattack has also occurred close to Donetsk, and Ukraine’s forces also continue to push further south toward Crimea.

Next Steps in the Conflict

Marina Miron, a research fellow in the Defence Studies Department’s Center for Military Ethics at King’s College London spoke to Newsweek about the ongoing conflict in the region and what the future could hold.

She said: “Right now, the situation is quite…