Ukraine’s Newest Weapons Could Be Disastrous for Putin: Admiral 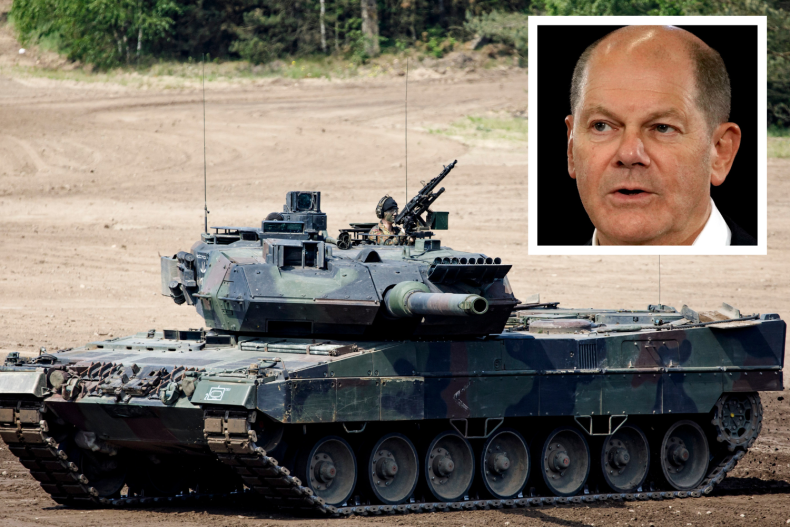 Former NATO Supreme Allied Commander James Stavridis believes Germany sending Leopard tanks to Kyiv could usher a change on the ground in Ukraine’s favor in the 11-month war against Russia.

The tanks will come from Bundeswehr stocks. Berlin also will authorize the supply of the same tanks by other countries, notably Poland.

“If true, this could be a true pivot point in the war,” Stavridis, a retired U.S. Navy admiral, posted on Twitter. “Well done, Germany, and ‘Danke Schoen.'”

Retired U.S. Air Force Lieutenant General Richard Newton said Sunday on NewsNation that the Leopard tanks are “much needed,” adding they won’t win a war but could aid Ukraine in a broader scope.

Christian Duerr, parliamentary leader of the co-governing Free Democrats in Germany, said according to t-online news portal that the decision to support Ukraine with the tanks “is a strong sign of solidarity” and a decision nobody took lightly.

Germany’s original reluctance to provide the tanks was reportedly because Scholz wanted to keep the country and its citizens out of Russia’s potential crosshairs.

However, a spokesperson for Rheinmetall—the German manufacturer of the Leopard 2 tank—told German media outlet RND that 29 Leopard 2A4 tanks could be made available to Kyiv as soon as April, according to a translation.

The spokesperson said the company has been waiting for permission from Berlin to move forward.

Mark Cancian, a retired U.S. military officer at the Center for Strategic and International Studies, told Newsweek that while he holds Stavridis in high regard, he disagrees with the tanks leading to a…