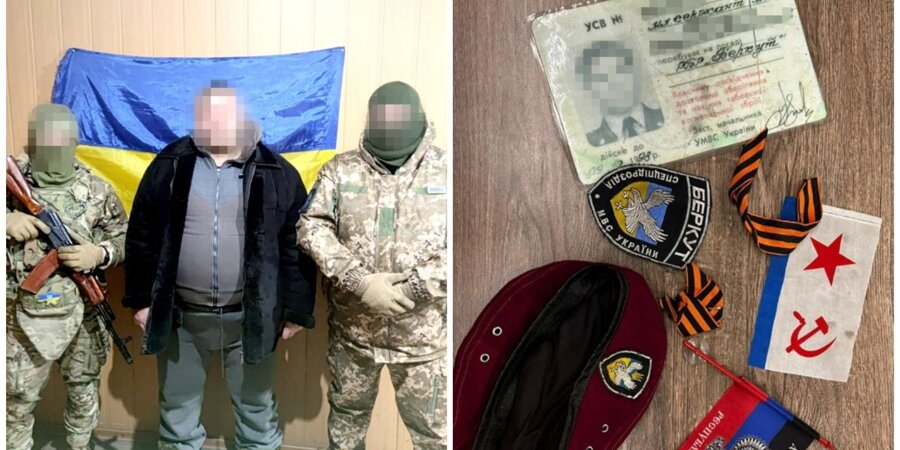 The collaborator turned out to be a former Berkut riot police officer, who decided to side with the enemy at the beginning of Russia’s full-scale invasion of Ukraine.

“At his own initiative, he began to collect information about the deployment and movement of the Defense Forces’ units near the towns of Hirnyk and Krasnohorivka,” the SBU said.

“To this end, he travelled around the area and secretly observed the Ukrainian troops.”

After that, the agent sent the collected intelligence data to his daughter, who lives in the Russian-occupied Ukrainian city of Sevastopol, who in turn sent it to a invader she knew.

In addition, the perpetrator offered his assistance to the Russians in the preparation of sabotage by requesting appropriate weapons and ammunition.

The culprit was served with charged papers under Part 7 of Art. 111−1 (collaborative activity) of the Criminal Code of Ukraine.

The article foresees imprisonment from 12 to 15 years.