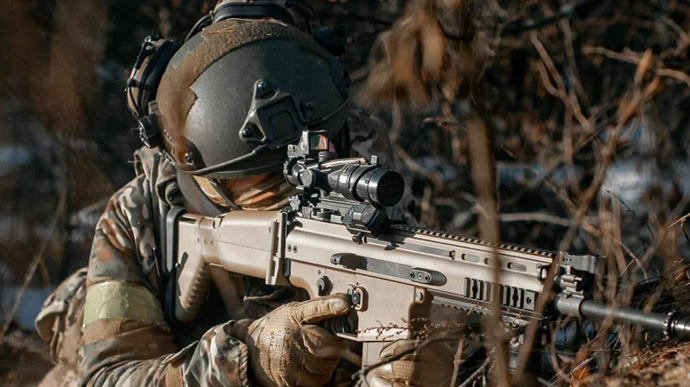 As of the evening of 24 January, Ukrainian defenders have repelled Russian attacks on the Lyman and Avdiivka fronts; at the same time, the Russians continue to advance on the Bakhmut front.

Quote: “During the day, the enemy delivered five missile strikes on civilian facilities of the city of Kostiantynivka, Donetsk Oblast, and 13 airstrikes. In addition, [the Russians] carried out more than 10 attacks using multiple-launch rocket systems [MLRS]…

During the day, Ukraine’s Air Force performed eight strikes on clusters of personnel, weapons and military equipment of the enemy, as well as three strikes on the positions of the enemy anti-aircraft missile systems.

Units of Rocket Forces and Artillery struck eight clusters of the occupiers during the day.”

Details: At the same time, the Russians continue to conduct offensive actions on the Bakhmut front, suffering numerous losses.

On the Lyman and Avdiivka fronts, the occupiers conducted unsuccessful offensive actions; all attacks were repelled.

On the Kupiansk, Novopavlivlka, Zaporizhzhia and Kherson fronts, the Russian occupiers are defending their positions.

The invaders do not stop attacking settlements along the contact line. Areas of more than 30 settlements came under tank, mortar and artillery fire.

In particular, the Russians fired on the settlements on the Kupiansk, Lyman, Bakhmut, Avdiivka, Novopavlivka fronts.

On the Zaporizhzhia front, the Russians deployed tanks and artillery to fire on the area of more than 20 settlements.

On the Kherson front, the occupiers continue to attack the civilians. The Russians deployed the multiple-launch rocket systems, tubed artillery and mortars to fire on the settlements of Kherson oblast.

During the current day, the anti-aircraft missile units of the Air Force of Ukraine’s Armed Forces destroyed three Russian Ka-52 attack helicopters in 30 minutes, which were performing missions in the vicinity of Yevhenivka settlement, Volnovakha district, Donetsk Oblast. The Ukrainian defenders also shot down a Russian Su-25 jet in the area of Bakhmut.