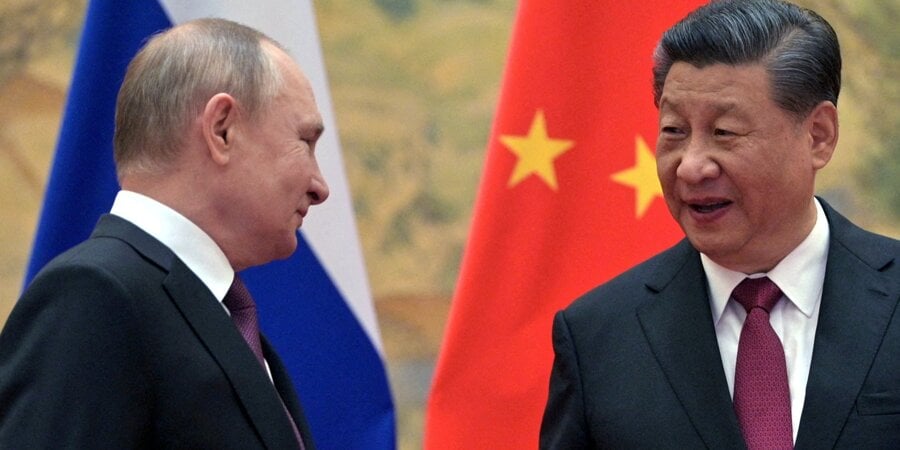 The administration of U.S. President Joe Biden has confronted China’s government with evidence that suggests some Chinese state-owned companies may be providing assistance for Russia’s war effort in Ukraine, the Bloomberg news agency reported on Jan. 24.

Bloomberg said Biden administration officials, who asked not to be identified, declined to detail the support – except to say that it consists of non-lethal military and economic assistance that stops short of wholesale evasion of the sanctions regime the United States and its allies imposed after Russian forces invaded Ukraine.

However, the trend is worrying enough that U.S. officials have raised the matter with their Chinese counterparts and warned of the implications of supplying material support for the war, the officials said, though they declined to provide details of those contacts.

“While the information isn’t clear-cut and remains the subject of debate, U.S. officials said they agree the Russia-China relationship is extremely close now and China is doing more than it once did in support of Russia,” the report says.

The Biden administration believes China’s government wants to help Russia and isn’t neutral as it claims, according to the officials.

A spokeswoman for the National Security Council declined to comment, as did the Central Intelligence Agency. The Chinese Embassy in Washington didn’t respond to two emails seeking comment, Bloomberg said.

During the G20 summit in Indonesia, Chinese President Xi Jinping avoided criticizing Russia over the war, but also offered to play a role in peace talk sand come out against the use of nuclear weapons in the conflict.

He said Russia’s use of nuclear weapons in Ukraine would be unacceptable.