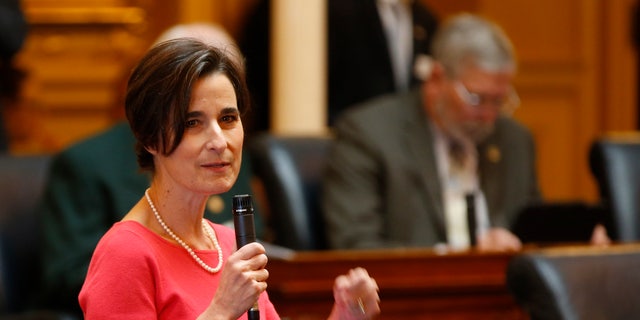 A Democrat-led Virginia Senate panel voted Monday to advance a range of gun control bills, including legislation meant to address recent campus shootings at the University of Virginia and a Newport News elementary school.

In an hours-long hearing, the Senate Judiciary Committee signed off on measures that would tighten Virginia’s gun storage regulations and ban most guns from public college campuses.

“Make no mistake, these bills that we advanced today will save lives and hopefully provide a layer of comfort or peace of mind to those who are very well aware of the gun problem we have in our society,” Democratic Sen. Creigh Deeds, a co-chair of the committee, said in a statement.

However, the measures face uncertain prospects in the GOP-controlled House, where leaders have said they will address mass shootings and gun violence this year by improving the mental health care system, boosting funding for law enforcement and holding criminals accountable.

Democratic Sen. Jennifer Boysko, the lead sponsor of the gun storage bill that advanced Monday, said she had consulted with Republican lawmakers and made changes to what she initially introduced in the hopes of finding bipartisan support. Boysko, who represents parts of Fairfax and Loudoun counties, called the bill a “commonsense measure to save lives.”

“Everybody in this room cares about children and safety. And we know that guns are presenting a very serious problem. Just look at last week, a middle school student in Henrico County brought a handgun to his school, and the week before that, we all know about the 6-year-old who brought a gun and shot his teacher,” Boysko said, referencing the Newport News shooting, which police have said occurred as Abigail Zwerner was teaching her first grade class at Richneck Elementary.

Virginia state Sen.-elect Jennifer Boysko delivers an address in Richmond, Virginia, on Jan. 11, 2019. A Democrat-led Virginia Senate panel has approved a range of gun control bills which will now head to the GOP-controlled House where it faces uncertain prospects.
(AP Photo/Steve Helber, File)

Boysko’s amended bill would require that anyone possessing a gun in a residence with a child must keep both the firearm and any ammunition for it in a locked container. Those found in violation would be subject to a class four misdemeanor, which is punishable by a fine of not more than…