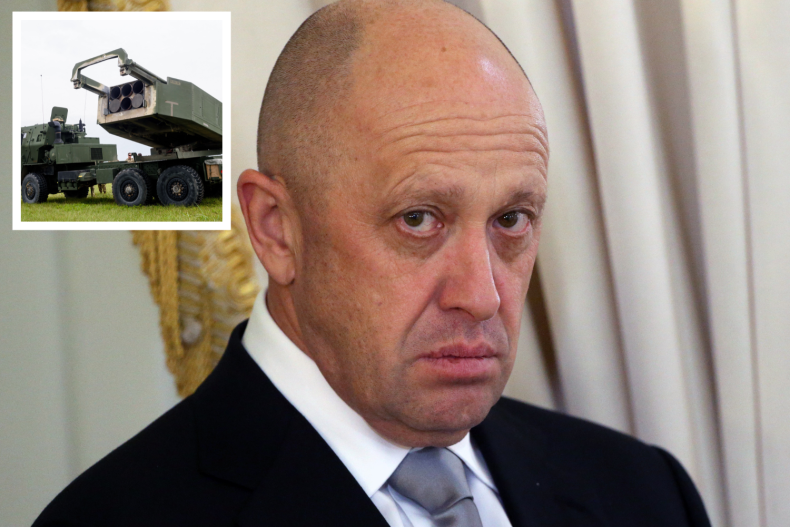 Yevgeny Prigozhin, the head of the Wagner Group of Russian mercenaries fighting in Ukraine, verbally attacked the United States in a story published on Monday.

Speaking to the Russian state-controlled news outlet RT, Prigozhin criticized the U.S. military, the CIA and the history of conflicts involving the U.S. since World War II. He also claimed that the U.S. fears his organization and said that “America and Russia are sworn enemies.”

The Wagner Group has been a major presence in the war in Ukraine, though Prigozhin has often publicly clashed with Russian officials for comments he’s made about their leadership.

More recently, Russian President Vladimir Putin, who reportedly once viewed Prigozhin as a close ally, is said to be distancing himself from the mercenary leader after Prigozhin claimed Wagner deserved sole credit for Russia’s battlefield success in the Ukrainian city Soledar.

Last week, the White House announced it would designate the Wagner Group a “transnational criminal organization.” The announcement drew Prigozhin’s ire in his statements to RT.

“The Wagner PMC has not committed any crimes,” Prigozhin said. “But, unlike America’s paramilitary forces, the Wagner PMC eliminates only enemies of peace and commits no crimes.”

Prigozhin went on to list what he considered historical offenses made by the U.S., including the dropping of atomic bombs on Japan in World War II, as well as its conflicts in countries such as Korea, Vietnam and Afghanistan.

Prigozhin also claimed that his band of mercenaries “have never behaved aggressively” toward Americans and insisted that Wagner has been subjected to “rudeness” from U.S. officials.

Without verified evidence, he said U.S. intelligence officers had…