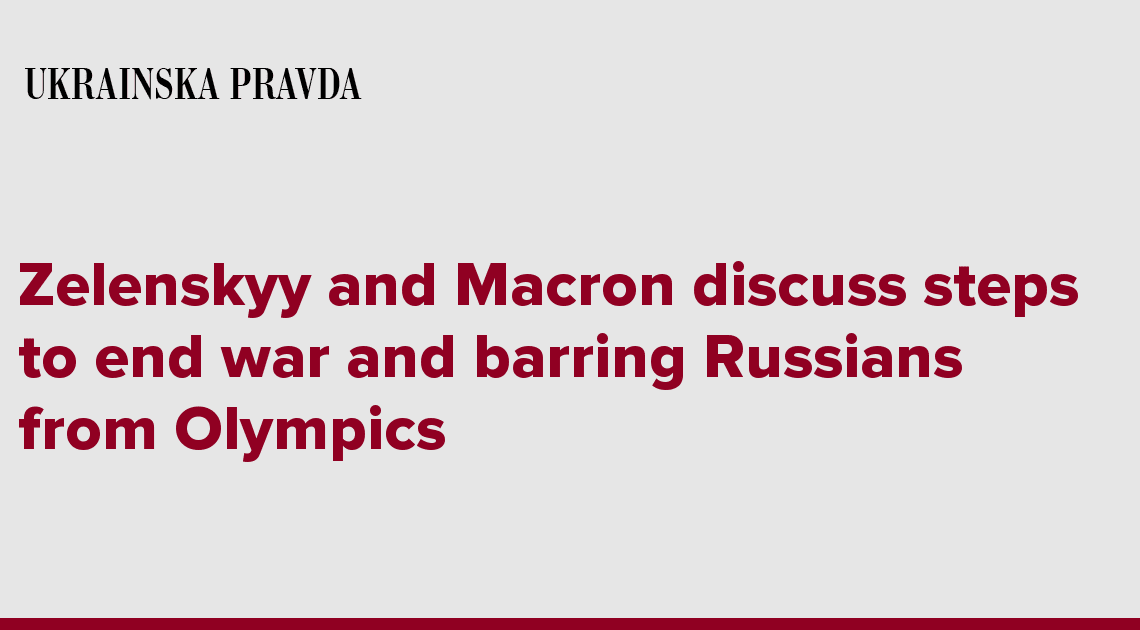 In a telephone conversation with French President Emmanuel Macron, President Volodymyr Zelenskyy has discussed diplomatic steps to end the war and the unacceptability of allowing Russian athletes to the Olympic Games in Paris.

Details: Zelenskyy remarked that in a conversation with Emmanuel Macron, he had thanked for the breakthrough decision to provide light tanks and enhance Ukraine’s defence capabilities, including advanced air defence systems.

Quote: “We discussed diplomatic steps to end the war. I stressed that athletes from the Russian Federation should have no place at Paris 2024,” Zelenskyy tweeted.


In a call with @EmmanuelMacron, I thanked for the breakthrough decision to provide light tanks & enhancing 🇺🇦 defense capabilities incl. advanced air defense systems. We discussed diplomatic steps to end the war. I stressed that athletes from RF should have no place at @Paris2024

Later, it became known that France expects to deliver AMX-10 RC to Ukraine within two months.