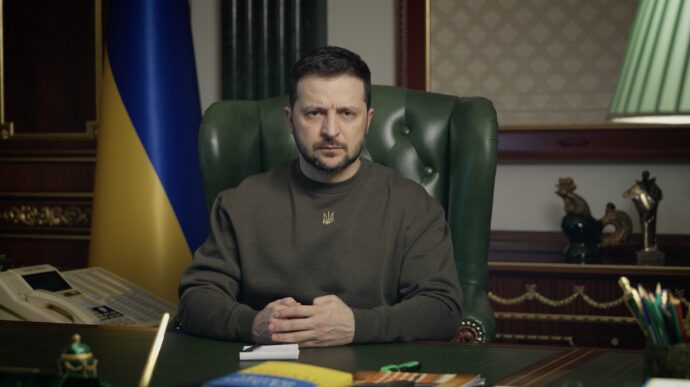 Ukrainian President Volodymyr Zelenskyy has warned the people that Russia is preparing for a new wave of aggression and is increasing the pressure on the Bakhmut, Vuhledar and other fronts.

Quote: “Russia is preparing for a new wave of aggression with the forces it is able to mobilise. The occupiers are already increasing pressure on the Bakhmut, Vuhledar and other fronts. And they want to increase pressure on a larger scale.

In order not to recognise the mistake of aggression, the masters of Russia want to throw more of their people and equipment into the fighting.”

Details: Zelenskyy noted that the free world must strengthen cooperation in order to prevent new Russian criminal acts as much as possible.

The President stated that the first priority at the moment  is the speed of implementation of all the agreements Ukraine made with its partners.

In particular, there is a great need for modern tanks in Ukraine: “it is not about five, or ten, or fifteen tanks. The need is greater.”

Quote: “Discussions must be reinforced with decisions. Decisions about the real strengthening of our defence against the terrorists. Our allies have the necessary number of tanks. When enough decisions are made, we will be happy to express our gratitude for each significant decision.”