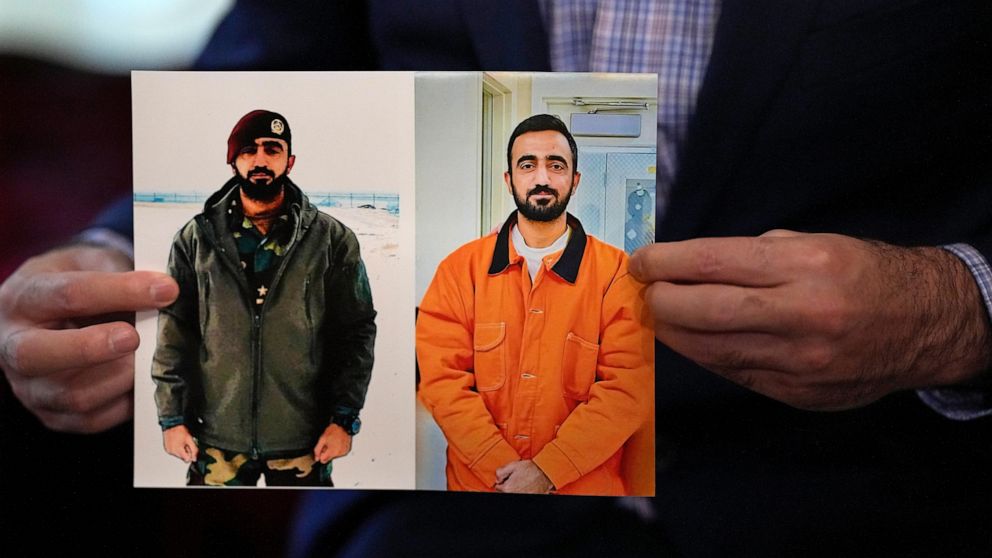 HOUSTON — An Afghan soldier seeking U.S. asylum who was arrested while trying to cross the Mexico border has been freed and reunited with his brother after spending months in immigration detention, his attorney said Wednesday.

Abdul Wasi Safi’s release from custody in a detention center in Eden, Texas, came after a judge dropped an immigration charge against him at the request of federal prosecutors.

Wasi Safi, an intelligence officer for the Afghan National Security Forces, fled Afghanistan following the withdrawal of U.S. forces in August 2021, fearing reprisals from the Taliban because he had provided U.S. forces with information on terrorists. In the summer of 2022, he began a treacherous journey from Brazil to the U.S.-Mexico border, where he was arrested in September near Eagle Pass, Texas. He had hoped to join his brother, who lives in Houston.

Prosecutors filed a motion asking a federal judge in Del Rio, Texas, to dismiss the immigration charge “in the interest of justice” and on Monday the judge granted that request.

Zachary Fertitta, one of his criminal defense attorneys, said Wednesday that Wasi Safi is receiving medical care at an undisclosed location but that he plans to speak at a news conference on Friday in Houston.

Fertitta said Wasi Safi and his brother “are overjoyed to be reunited.”

Jennifer Cervantes, one of Wasi Safi’s immigration attorneys, said there was no reason to keep him in custody, especially given that the FBI has already spoken to him and found no problems.

U.S. Rep. Sheila Jackson Lee, a Houston Democrat, belongs to a bipartisan group of lawmakers that has been working to free Wasi Safi. She said in a statement Tuesday night that she expects him to arrive in her hometown by Friday.

The Department of Homeland Security, which oversees Customs and Border Protection and ICE, has not responded to an email seeking comment Wednesday.

Sami-ullah Safi, Wasi Safi’s brother, was employed by the U.S. military for several years as a translator. Sami Safi said he is pleased the criminal case has been dropped but that he remains frustrated about how his sibling has been treated in light of his family’s support for the U.S in Afghanistan.