Air-raid sirens all over Ukraine: interceptor jets take off in Belarus 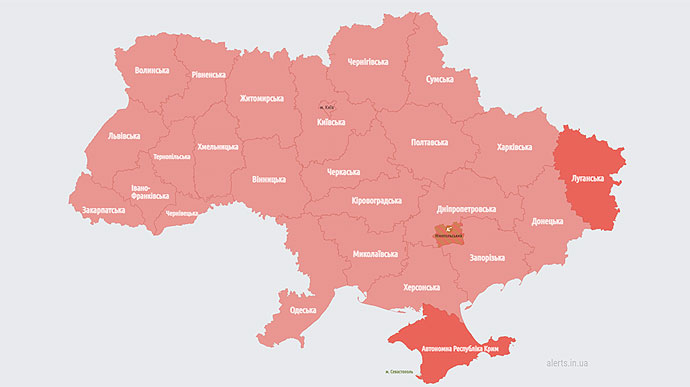 Air-raid sirens sounded all over Ukraine on the morning of 25 January.

Details: Air-raid sirens sounded in the capital at 09:07, and then it spread all over the country in a few minutes.

An air-raid siren means that there is a threat of missile attacks or airstrikes. When you hear it, you need to go to a shelter.

The Belarusian monitoring media outlet announced that an AWACS aircraft, a support fighter, and a MiG-31K capable of carrying Kinzhal hypersonic missiles have taken off in Belarus.

In particular, at 08:30, a support fighter took off from Baranavichy, Belarus, then at 08:35, the A-50U AWACS aircraft of the Russian Aerospace Forces took off from Machulishchy airfield, Belarus.

An air-raid siren was sounded throughout Ukraine on the afternoon of 24 January (at that time, a Russian MiG-31K was in the airspace of Belarus); the missile threat lasted for 40 minutes.