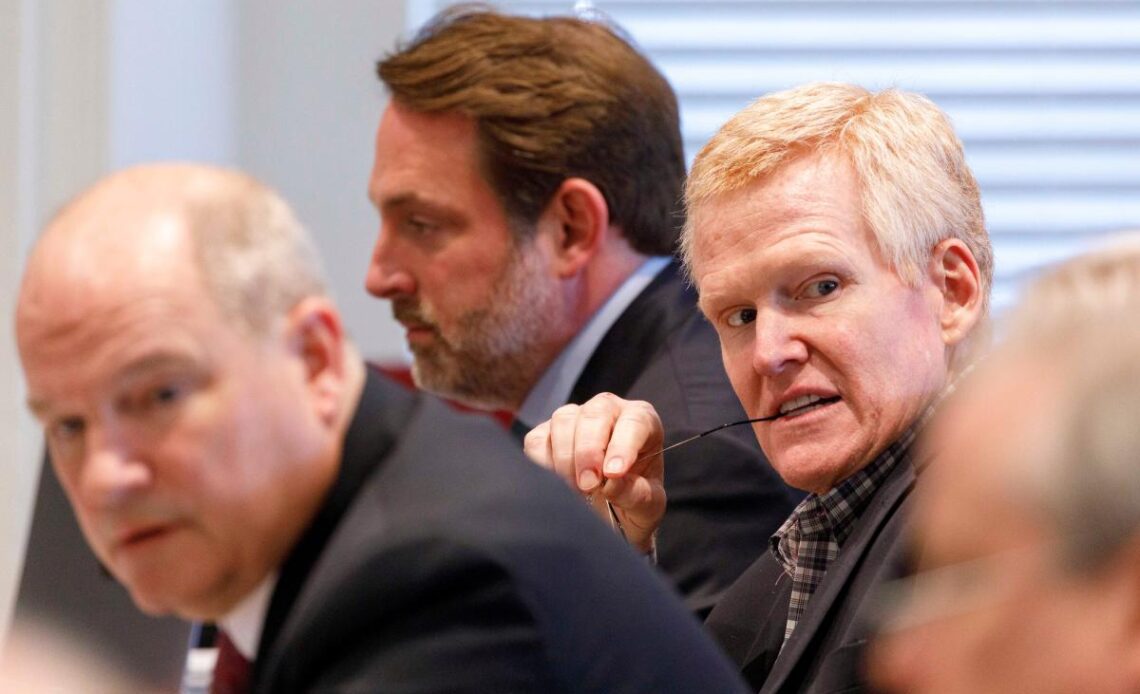 The Greenville News and USA Today Network-South Carolina will be in the courtroom to give you the latest updates until a final verdict is reached in the double murder trial of Alex Murdaugh. The video feed at the top of the story provides a live and replay stream of the trial.

WALTERBORO, SC – One of the most highly publicized trials in modern South Carolina Lowcountry history got underway Wednesday in Colleton County with strong, but graphicly descriptive opening statements from both the S.C. Attorney General’s Office and Richard “Alex” Murdaugh defense attorney Richard Harpootlian.

Chief prosecutor Creighton Waters told the court that the state has a variety of strong evidence that will prove that Murdaugh murdered his wife and son on the night of June 7, 2021, while Harpootlian questioned the reliability of that “circumstantial” evidence and insisted that Murdaugh was a “loving father” who is “innocent” of the murder charges.

The trial continues Thursday at 9:30 a.m. with the first witnesses and testimony.

Waters Wednesday afternoon indicated that the first witness would be the first officer on the scene the night of the murders, and the first exhibit of evidence would be the body cam footage from that officer.

State lays out its case and evidence in opening remarks

Waters vividly described the events that took place on the night of June 7, 2021, at the Murdaugh estate, Moselle. He described how Murdaugh allegedly shot his son, Paul, twice with 12 gauge buckshot, and Maggie six times with a rifle, causing “catostrophic damage.”

“They were shot at close range and did not have any defensive wounds,” said Waters.

“Pow! Pow!” he added for effect as he address the jury. After the killings, Murdaugh repeatedly told “everyone who would listen” that he wasn’t there when the shootings happened, but the state has video evidence that puts him at the scene and shreds his claim, said Waters. “Cell phones tell a different story, that he was there!”

Waters urged the jury to “rely on good old fashioned common sense” when considering all the evidence.

“It was a family weapon that killed Maggie,” said Waters. “You are going to see what he did to Maggie and Paul, and it is going to be gruesome … This has been a long, exhaustive investigation, but you will reach an inexcusable conclusion, that he murdered Maggie and Paul.”

Alex Murdaugh murder trial: Catch up on everything from the beginning