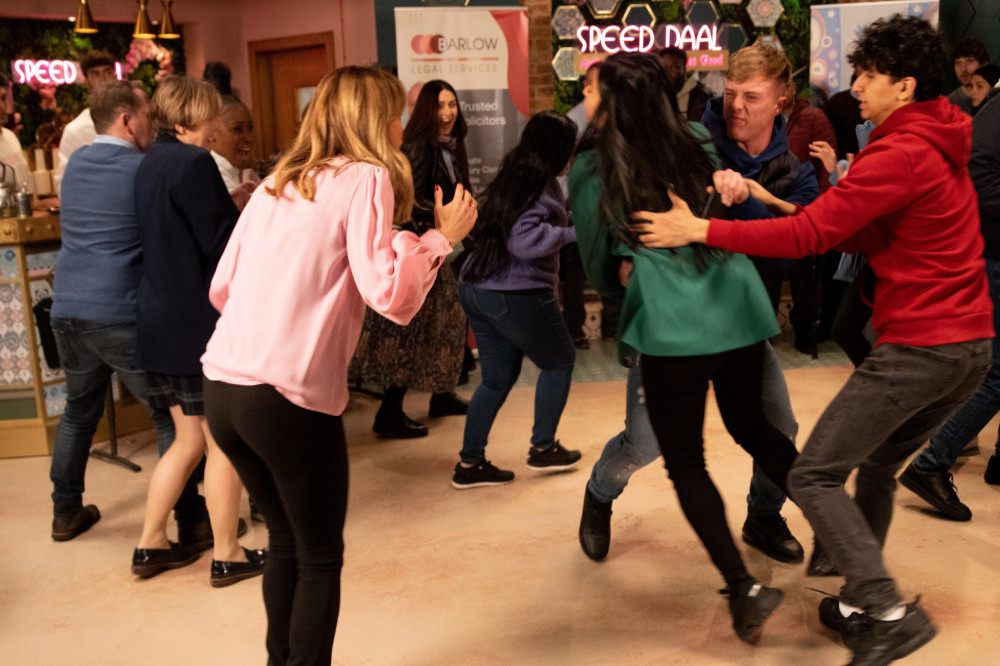 Alya Nazir will save Maria Connor’s life on ‘Coronation Street’.

Alya will save Maria’s life on Coronation Street

The restaurant owner – who is played by actress Sair Khan – will become involved in the climax of a long-running storyline on the ITV soap opera when she jumps in front of self-radicalised teenager Blake, who has arrived at an event organised by Councillor Connor intent on stabbing her.

The teenager is live streaming his intent to disrupt the event and Max Turner races to Speed Daal to warn others what is about to happen after he spots Blake reveal a knife, but he can only watch on from a distance after he is blocked from entering the building by Gary Windass.

Following the stabbing, Alya is rushed to hospital in need of a life-saving operation but upcoming episodes will see Max – who in recent months has become estranged from his family after beginning to consume extreme content online and developing dangerous views – struggling to accept the consequences of his actions.

He has to deal with explaining himself to dad David, and Max faces a lengthy jail sentence for incitement to commit murder.

Producer Iain Macleod said: “We are exploring a very 21st Century problem: teenagers self-radicalising through watching extreme content online. In the end, we wanted this to be a story about communication within families – what are the right and wrong ways to talk to younger family members who are gravitating towards extreme views?”

The upcoming scenes will air on Wednesday 25th January on ITV1 and ITVX.