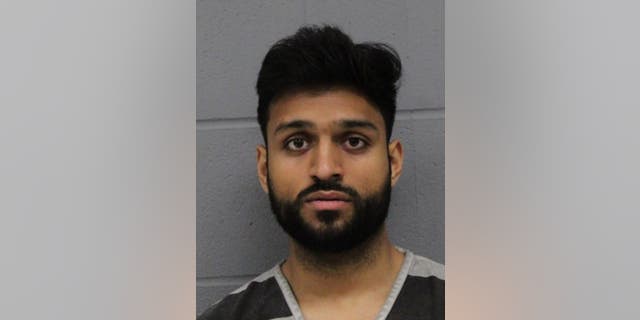 The Austin Police Department (APD) arrested a 25-year-old man for murder following a shooting in East Austin. This hasn’t stopped longtime customers from coming to the defense of Yaseen Naz.

Police said on Sunday, around 11:14 p.m., officers responded to a shooting at the Shell gas station at 4509 E Martin Luther King Jr Boulevard.

When officers arrived, they found 42-year-old Marquis Demps inside a car in the gas station parking lot with gunshot wounds to his body. Police said Demps died at the scene.

Throughout the investigation, detectives determined Demps was involved in an altercation with an employee of the Shell, Naz.

Police said after the altercation, Demps came into the store and destroyed property before leaving. It is not known what led to the disturbance. Later, Naz allegedly shot Demps.

“Always in a good mood. Generous, respectful. Just a fun guy,” said Cortney Sherman, a distributor who works with the store.

“Every time I come here, he makes me laugh. I make him laugh like we have. That’s my boy,” said regular customer Vetrice Smith.

“He would never do anything like that unless, you know, something had to go down,” said Jojo, another regular customer.

According to court documents, Demps came into the store and caused a verbal disturbance that turned physical.

“There was some type of altercation happening inside the store, and that’s what started everything,” said Austin Police Officer Alexandra Parker early Sunday morning.

Naz’s father showed FOX 7 the damaged merchandise and display cases in the store. He says Demps broke the glass at the counter and ripped out the computer and credit card machine.

“Sometimes it’s the people that are humble that you know, bad people expect them not to do anything,” said longtime customer Michael Dunn.

But police say Naz did do something. As Demps left, Naz followed him into the parking lot and shot him…