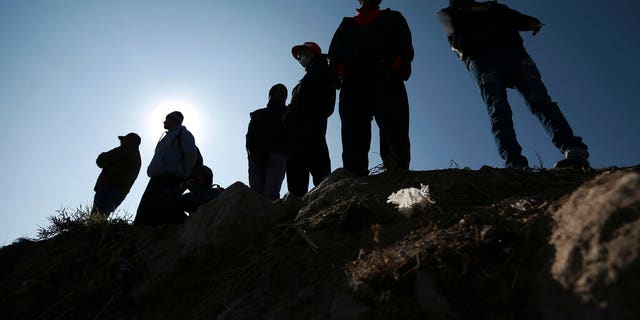 The Biden administration on Wednesday said that new border measures, which were expanded earlier this month, were already having an effect to help reduce the record migrant numbers encountered in December — a day after a lawsuit from 20 states claimed the program is unlawful.

The administration has expanded a humanitarian parole program first introduced for Venezuelans in October to include Cubans, Nicaraguans and Haitians. The program allows up to 30,000 migrants to fly in each month as long as they had not entered the U.S. or Mexico illegally, have a U.S. sponsor and pass background checks. It’s combined with an expansion of Title 42 expulsions to include those nationalities.

The moves were in response to a significant increase in encounters from those nations alongside a massive surge in migration that has dogged the Biden administration since taking office. In December, there were more than 251,000 migrant encounters, marking a new highest month that outpaced even the busiest month of FY 2022 — which overall saw a record 2.3 million encounters.

But in a statement, the Department of Homeland Security said that since then, initial numbers for January show a 97% drop in encounters of those four nationalities — and January is on track to see the lowest number for border encounters since the start of the crisis in February 2021.

The agency said that encounters from the four countries had dropped from an average of 3,367 a day in December to just 115 a day in January, and touted the numbers as proof that the measures were working.

The numbers were released a day after 20 Republican states sued the administration over the program, claiming it is unlawful.

That lawsuit, filed by Texas and America First Legal in the Southern District of Texas, and joined by 19 additional states, argues that the program is illegal given the “exceptionally limited” parole power available to the federal government. The lawsuit focuses on…