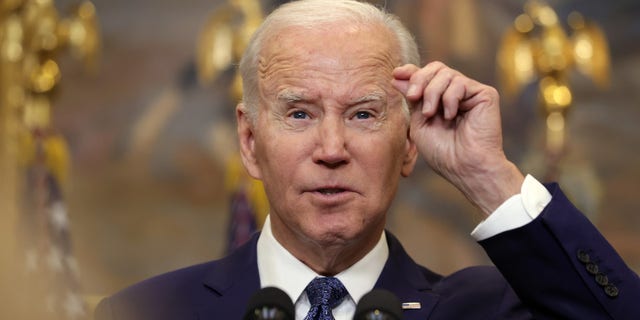 Biden announced Wednesday that the U.S. will send 31 Abrams M1 tanks to Ukraine, pledging continued support for Ukrainian President Volodymyr Zelenskyy for “as long as it takes” to repel Russia’s invasion of the country. At the conclusion of his remarks, Biden ignored shouted questions from members of the press about Pence’s recent disclosure concerning classified documents found at his home.

“Mr. President, any response to the Pence disclosures of classified documents?” one reporter said.

“Sir, are the searches of your homes completed?” another said.

“Mr. President, when is Jeff Zients starting as your next chief of staff?” a reporter asked.

“Will they search Rehoboth?” asked another.

On Tuesday, Pence informed Congress that he found a small number of documents bearing classified markings from his time as vice president at his residence in Carmel, Indiana, on Jan. 16. The former vice president’s legal team handed over the documents to the National Archives on Jan. 18, and the Archives subsequently informed the FBI, per standard procedure.

Pence’s revelations came after four separate batches of classified documents were found in Biden’s possession — three at his home in Wilmington, Delaware, and one at his old office at the Penn Biden Center in Washington, D.C.

GOP SENATORS CAUTION AGAINST BIDEN IMPEACHMENT FOR CLASSIFIED DOCS: ‘I THINK THE COUNTRY WILL FATIGUE OF THAT’

President Biden makes an announcement on additional military support for Ukraine in the Roosevelt Room of the White House in Washington, D.C., on Wednesday.
(Alex Wong/Getty Images)