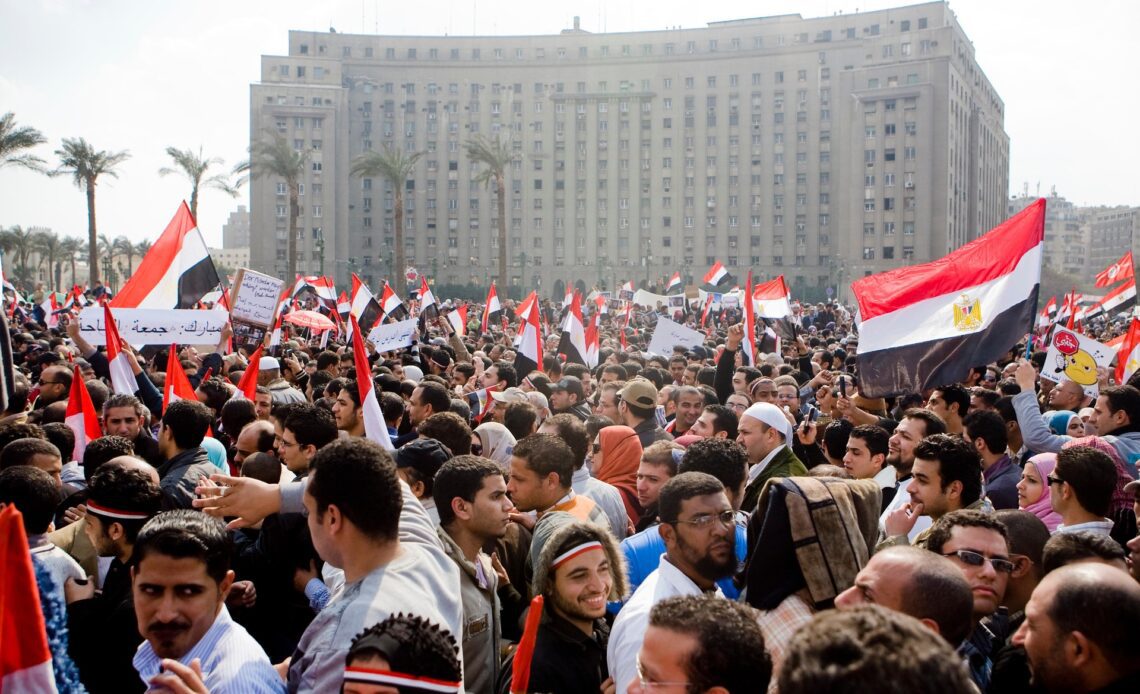 The following is an edited excerpt from Rusha Latif’s new book, Tahrir’s Youth: Leaders of a Leaderless Revolution. The book tells the story of the young activists who sparked the mass uprising in Egypt that led to the spectacular collapse of the government of President Hosni Mubarak in 2011 and who struggled in the succeeding years to remake the country. The excerpt explains the strategy conceived by the organisers to help Egyptians, especially those of lower class backgrounds, overcome their fear of the police and join them en masse in the streets on January 25, 2011. Twenty secret locations were announced on social media sites, which served as a decoy from a 21st secret location.

The activists I interviewed confirmed that the secret strategy for the January 25 protest was the brainchild of April 6 activist Mahmoud Samy, a dapper and astute young man recognized for his clever innovations in street-protest tactics.

A son of Cairo’s popular quarters himself, he was well versed in the spaces, mobility, and vulnerabilities of its subaltern inhabitants and understood how to negotiate them in his planning to the advantage of January 25’s day of protest.

This class capital informed his selection of Nahya Street in the impoverished, informal quarter of Bulaq al-Dakrur, near his neighborhood Awsim, as the site of their twenty-first secret location and the start of their march.

The goal was to figure out how to get Egyptians to overcome their fear of the police who patrolled their neighborhoods and join their protest. “When I thought about it,” Mahmoud said,

“I recalled that one of the things we often encountered before this during protests is that the people watching were afraid to join us. Why were they afraid to join us? Because our numbers were small. So you have two choices: you make it so that there are no police, or you make sure that your number is large. How do you make yourselves many? There was the idea of the snowball, that the more headway your march makes, the larger it swells.”

The idea was to start with a secret rally in a low-profile, confined space situated in one of Cairo’s many crowded popular neighbourhoods.

There they would concentrate a few hundred of their fellow activists to impart the illusion of a large crowd to spectators needing the assurance of safety in numbers before deciding to join in.

What attracted Mahmoud the most to Nahya Street in Bulaq, of all the popular areas he surveyed, was the bridge at the end…