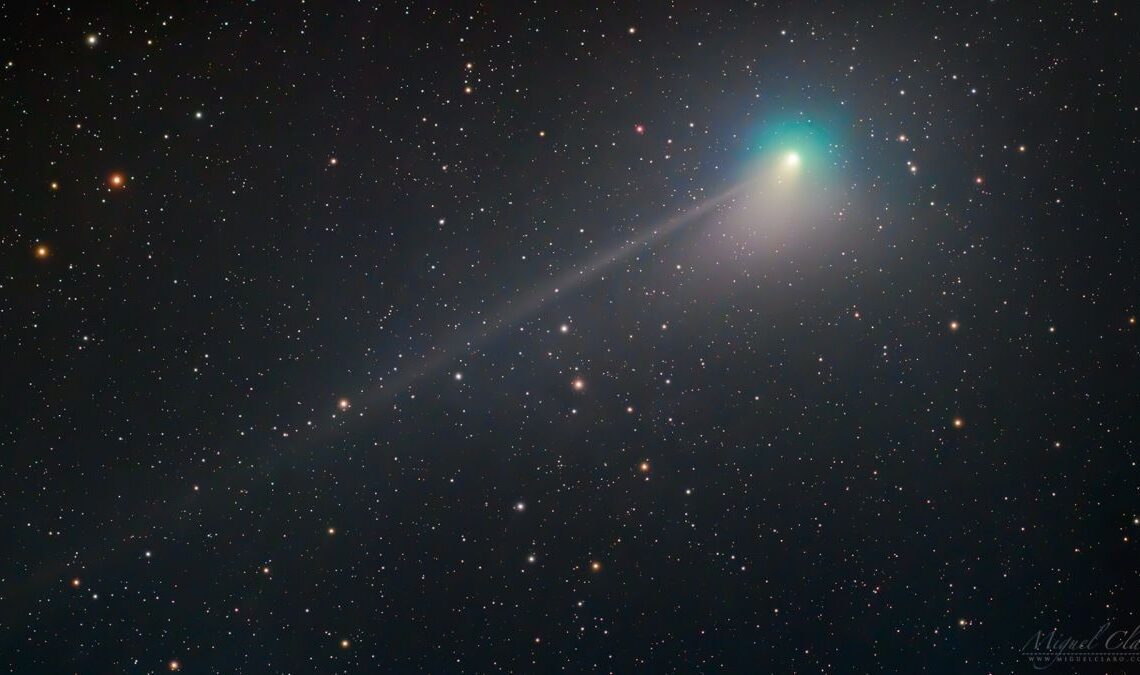 This photograph feature’s the comet’s wonderful greenish coma from glowing carbon gas and a long tail produced by the ions ejected from the icy comet’s nucleus.

Comet C/2022 E3 (ZTF) was photographed late in the night at a distance of 108 million km [67 million miles] from Dark Sky Alqueva (opens in new tab) Observatory in Portugal, two hours before the start of the astronomical twilight.

Related: How to see the green comet C/2022 E3 (ZTF) visible in the night sky now as it approaches Earth

This long distance traveler not seen in 50,000 years is moving fast against the background starry sky, and on the night the photograph was taken it was located between the constellations of Hercules, Corona Borealis and Bootes, showing a faint visual magnitude of +7.3.

Although the comet will be in the closest point to our planet on Feb. 1 (known as perigee) and eventually until then could reach a naked eye magnitude, these kinds of objects are pretty unpredictable and we never know what surprises might be waiting for us.

For capturing this image, I used a Takahashi FSQ-106ED telescope at F/5 on an EM200 mount, auto-guided with a Asiair Pro wifi camera controller. Attached to this I had a modified Nikon D850 DSLR camera, which was set to ISO2500.

I took several sub-exposures of 180 seconds for a total of 29 images which then were combined for a total integration time of 87 minutes (or around 1.5 hours). Image processing was done on PixInsight 1.8.9-1 and Photoshop CC 2023 software. All of the images were captured from Cumeada Observatory in Dark Sky Alqueva Reserve, Reguengos de Monsaraz, Portugal.