Damage to environment caused by war exceeds US$46 billion 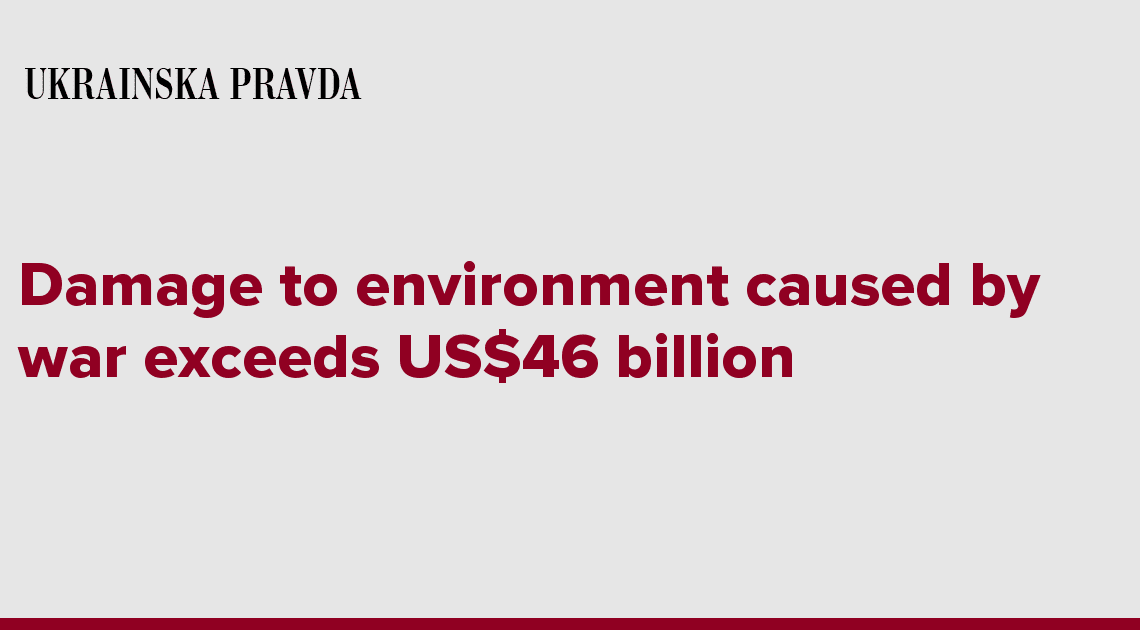 Russian aggression caused damage to Ukraine’s environment in the amount of more than UAH 1.74 trillion [approximately US$46 billion] during the 11 months of the war.

Details: The inspectorate noted that such figures are calculated in accordance with the methods that determine the amount of damage caused to land, water resources and atmospheric air.

The total amount of damage caused by soil pollution is more than UAH 688 billion [US$19 billion].

The total cost of damages caused by air pollution is UAH 998 billion [US$27 billion]. And for pollution and the clogging of water resources, the damage is estimated at more than UAH 56 million [US$1.5 million].

At the same time, the territorial and interregional territorial bodies of the State Environmental Inspectorate recorded and calculated the quantitative indicator of the damage caused by the occupiers from 24 February 2022 to 24 January 2023 of the full-scale invasion:

Background: It has been reported that the amount of damage to the environment caused by the Russian armed aggression surpassed US$46 billion. Ukraine will demand compensation from Russia.