Did Joe and Jill Biden ‘Fail to Salute Marine’? 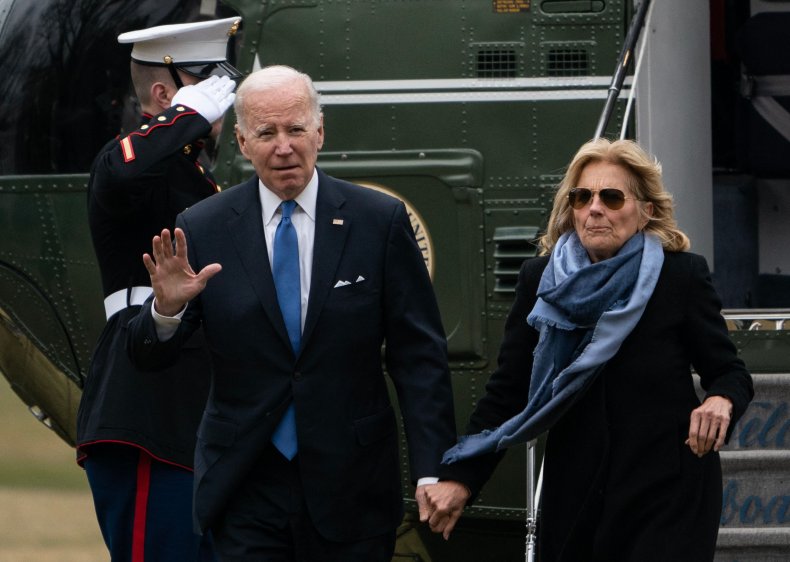 President Joe Biden‘s handling of classified documents has led to probing questions about White House protocol and whether procedures were followed to ensure the security of recently unearthed papers.

With a Department of Justice investigation underway to determine the circumstances, Biden’s attorney confirmed on Saturday that even more classified documents had been found inside the president’s Delaware home.

However, it’s not the only of Biden’s behaviors to face scrutiny, as social media users shared a video showing the president not saluting back at a marine as he arrived in Washington D.C. earlier this week.

A tweet posted by Pat Brody, who describes himself on Twitter as a “Free Speech Advocate” and a “Political & Economic Analyst”, on January 23, 2022, showed a video of the president and First Lady Jill Biden not saluting a marine as they arrived at the White House on Monday.

The video shared by Brody, which has been viewed more than 822,000 times, was reposted by multiple Twitter users.

User Joel Fischer, who has almost 70,000 followers, wrote: “No one disrespectes our great military more than the Biden’s.”

The video was filmed on January 23, 2022, as the president returned from Delaware over the weekend. Snippets of the same clip were used in an ABC World News Tonight segment about the classified documents story.

The footage, which has also been posted in full on YouTube, shows the president arriving at the White House south lawn, from a Marine One helicopter to a gaggle of reporters.

It’s plain that neither he nor the first lady saluted the marine as they left the helicopter. Some of the Twitter users who shared the video said that he had failed to salute, suggesting he and/or the first lady were meant to. But this is misleading.

There is no protocol that requires the president, the first…