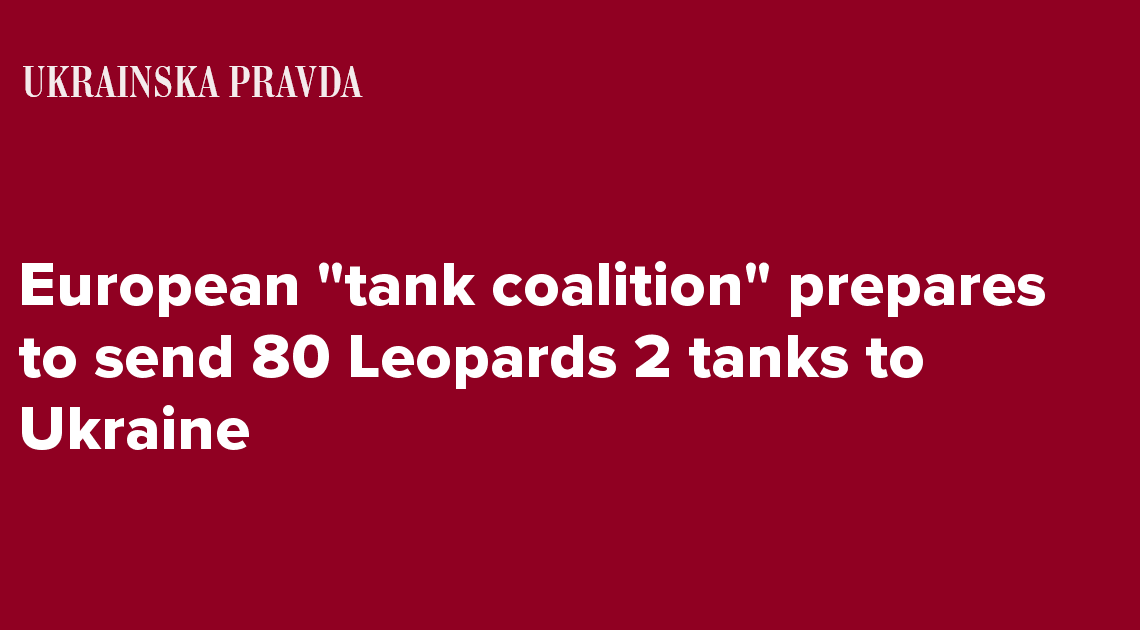 As of now, European allies are discussing joint transfer of 80 Leopard 2 main battle tanks to Ukraine in order to form 2 battalions, consisting of 40 tanks each.

Source: Spiegel, according to European Pravda

It became official that Germany will transfer a company of 14 Leopard 2 A6 tanks from Bundeswehr warehouses to Ukraine as part of the first stage. Obviously, those tanks will form a battalion along with Leopard tanks from Finland, Spain, the Netherlands – all of them being of the same modification, 2 A6.

The second battalion will allegedly consist of “Leopards” sent by Poland and Norway that have Leopard 2A4 at their disposal.

It should be noted that neither Finland, nor Spain or Norway have officially confirmed that they are ready to send tanks to Ukraine.

Furthermore, according to Spiegel, US President Joe Biden, along with French President Emmanuel Macron, German Chancellor Olaf Scholz and UK Prime Minister Rishi Sunak are planning a telephone call on the evening of 25 January in order to coordinate their next steps regarding the tanks that are planned to be sent to Ukraine.

Earlier on 25 January, the German government officially announced its decision to send Leopard 2 main battle tanks to the Armed Forces of Ukraine, as well as allow re-export from third countries that wish to do the same.

The media has also reported that the United States is preparing to announce the transfer of M1 Abrams tanks to Ukraine.