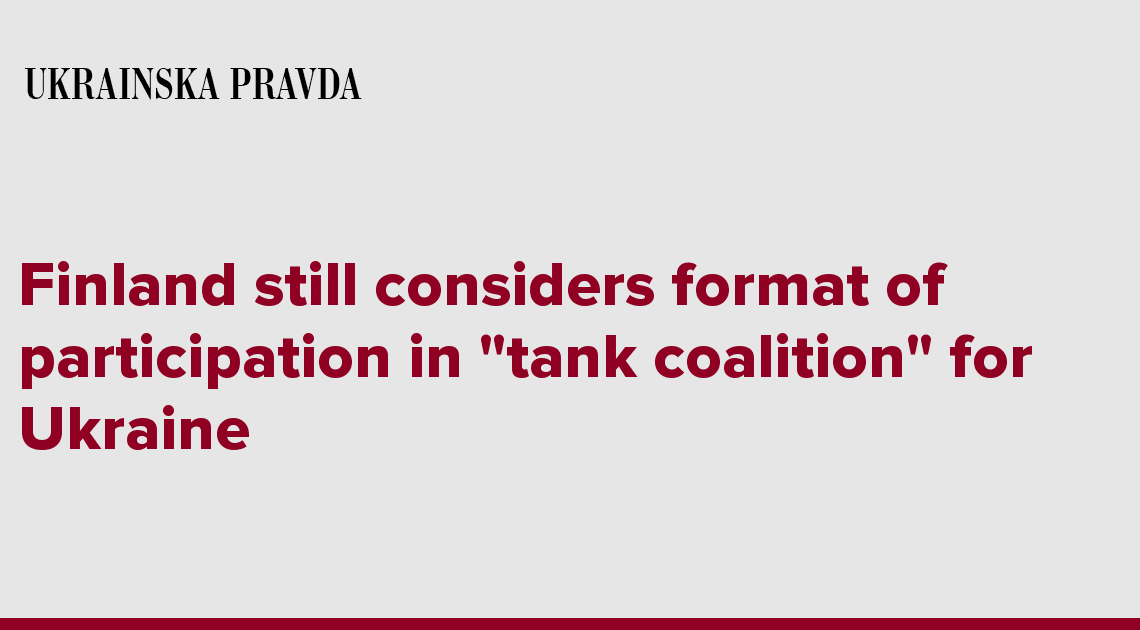 Pekka Haavisto, Minister of Foreign Affairs of Finland, has confirmed that the country is ready to join the coalition of allies helping Ukraine to obtain Western tanks in one way or another, but is still determining the format of participation.

Source: Helsingin Sanomat daily newspaper, and European Pravda, quoting Haavisto’s statement at a briefing with his Latvian counterpart during a visit to Riga

Quote: “We, Finland, also have Leopard tanks, and we have stated that if there is a joint package – and now hopefully Germany will be part of that package – we will be ready to participate in one way or another,” Pekka Haavisto said.

Details: He added that the transfer of tanks to Ukraine is not only about the combat vehicles themselves, but also about many other related needs, such as personnel training.

As Haavisto says, Finland still needs to consider the format of its participation.

During his visit to Kyiv on 24 January, Finnish President Sauli Niinistö said that Finland will contribute to Ukraine obtaining Western tanks, emphasising that the country has a good infrastructure for training the personnel.

He also noted that Finland itself is still in a vulnerable position because it has a huge land border with Russia and is not yet protected by Article 5 of the North Atlantic Treaty until its application is finally ratified.