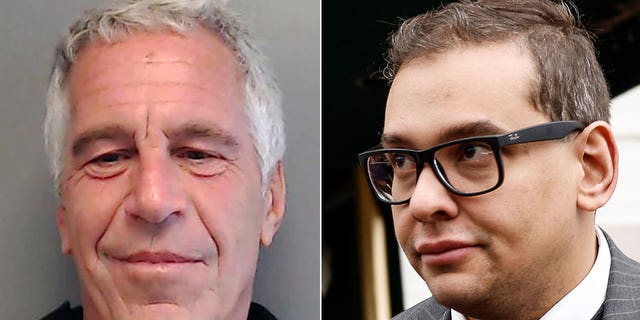 Embattled Rep. George Santos, whose fate in Congress will be determined by the outcome of a House Ethics probe into alleged campaign finance law violations, claimed in a resurfaced 2020 podcast interview that he met Jeffrey Epstein and said he believes the disgraced financier was “murdered.”

Santos, who admitted to fabricating easily verifiable details on his resume regarding a Jewish heritage, college degree and successful career at two Wall Street firms, was interviewed on The Rory Sauter Show, a conservative political podcast, on Aug. 12, 2020. At the time, he was only a Republican candidate running to represent New York’s 3rd congressional district.

Maxwell, who would eventually be convicted for her role in a scheme to sexually exploit and abuse multiple minor girls with Epstein over the course of a decade, had just been charged by the Justice Department a month before and was placed on suicide watch at a Brooklyn jail despite her attorneys saying their client was not suicidal and solitary confinement prevented her from prepping for court.

“I’m not a conspiracy theorist here, but I know she holds the key to a lot of careers being obliterated, and that goes from politicians to businessmen and other influential people in this country,” Santos told the podcast at the time, referring to Maxwell. “She should not be in custody in the United States. She should be in the UK or anywhere else in the world if she’s granted protection. Maybe the U.K. is bad idea because the prince is there. But you get the picture.”

It appears Santos was referencing Prince Andrew, who would later settle with Epstein sexual abuse accuser Virginia Giuffre in February 2022.

The Duke of York has denied the allegations that he raped and sexually abused Giuffre when she was 17, but a photo of him, Giuffre and Maxwell together at Maxwell’s London apartment in 2001 was submitted as part of court documents. Now serving a 20-year prison sentence in Florida, Maxwell claimed in her…