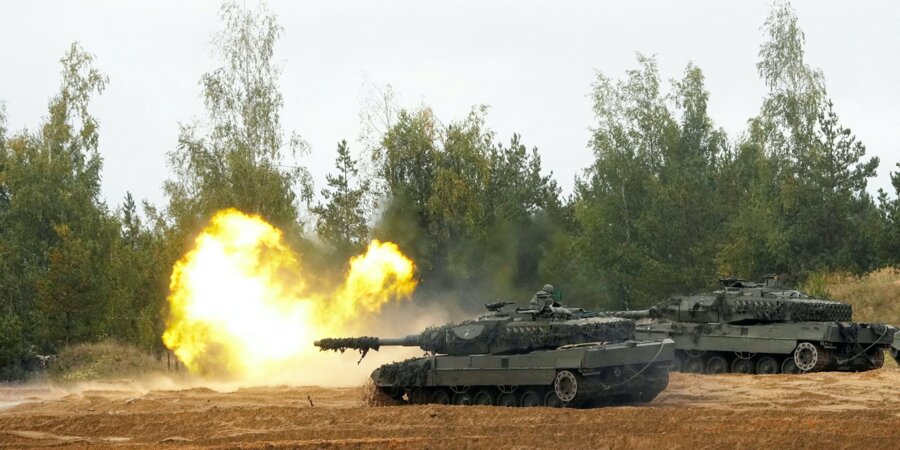 Germany has approved the transfer of 14 Leopard 2 tanks to Ukraine and their re-export from partner countries on Jan. 25, the press service of the German government reported on Jan. 25.

The statement says that the goal is to quickly assemble two Leopard 2 tank battalions for Ukraine.

Initially, Germany will provide 14 Leopard 2 A6 tanks from the Bundeswehr stockpile. Other European partners will also transfer tanks.

Training of Ukrainian army tank crews on the Leopards should begin in Germany shortly.

Apart from training, the package will also include logistics, ammunition and maintenance.

“This decision follows our well-known line of supporting Ukraine to the best of our ability. We are acting in a closely coordinated manner internationally,” German Chancellor Olaf Scholz said in Berlin.

According to him, Germany will continue to increase military support for Ukraine.

Germany did not make a decision on the transfer of Leopard tanks to Ukraine during the meeting of the Contact Group on the Defense of Ukraine in the Ramstein format on Jan. 20, although Ukraine and its allies had been hoping for such a decision.

Before that, Ukrainian President Volodymyr Zelenskyy said that a number of countries (Poland, Finland, Spain, Portugal and others) were ready to supply Ukraine with Leopard 2 tanks, and were only waiting for Germany’s approval for their re-export.

On Jan. 11, Polish President Andrzej Duda was the first to announce that Poland would send Ukraine a squadron of 14 Leopard tanks as part of a newly created international coalition.

Polish Prime Minister Mateusz Morawiecki said that Warsaw does not rule out the creation of a coalition with countries that are ready to transfer part of their Leopard 2 to Ukraine, without the participation of Germany, if Berlin does not approve their delivery.