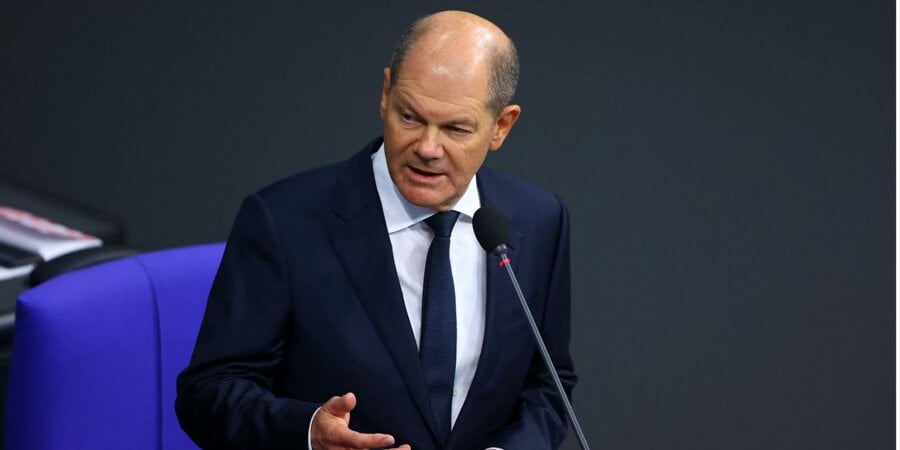 German Chancellor Olaf Scholz, speaking in the Bundestag, said “it was right” to send arms to Ukraine – but he again warned that Germany want to avoid “escalation” of war, UK broadcaster Sky News reported on Jan. 25.

According to Scholz, before he arrived in to address the German parliament, he spoke to Ukrainian President Volodymyr Zelenskyy.

“The reason for the challenges we are facing is the terrible war of aggression against Ukraine,” Scholz said.

“A terrible war where the principles we have agreed upon in Europe have been called into question.”

The chancellor said that due to the conflict, he has “had to break with what we’ve been doing in Germany for decades” – a reference to the fact this is the first time German battle tanks will have fought on a European battlefield since the Second World War, which ended nearly 78 years ago.

Scholz added that there are many citizens in Germany who are worried about this decision.

“Please trust us, trust the government, we will continue working at the international level,” the German chancellor said.

“We have made the support possible without the risks increasing in the wrong direction.”

According to the chancellor, “it is right that we never made (the tanks) available on our own, but in close cooperation with others.”

Germany on Jan. 25 officially approved the transfer of 14 Leopard 2 tanks to Ukraine and their re-export from partner countries.

Some of Ukraine’s partner states had expressed their readiness to provide Ukraine with German-made Leopard tanks but were waiting for Berlin’s permission to re-export the tanks.

Following the summit, Ukrainian Defense Minister Oleksii Reznikov said that Ukraine’s allies had achieved “a positive breakthrough” regarding theLeopard-2 tanks. He explained that the meeting participants agreed that countries with Leopard 2s in service could begin training Ukrainian tank crews.