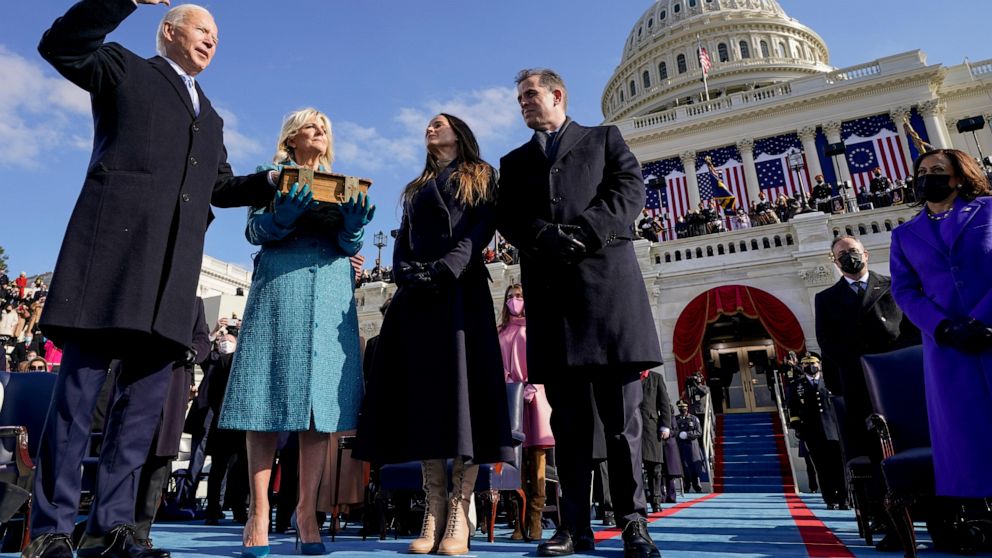 WASHINGTON — House Republicans renewed their investigation Wednesday into the art dealings of Hunter Biden, pushing for details on who is purchasing his work as part of the party’s long-promised probe into President Joe Biden and his family.

Rep. James Comer, new chairman of the House Oversight Committee, asked for a transcribed interview with Georges Bergès, the art dealer who has been showcasing Hunter Biden’s work in New York and Los Angeles galleries since 2021. He requested communications between the gallery and the White House, citing Republican concerns the younger Biden is trading in on his father’s name.

“Despite being a novice artist, Hunter Biden received exorbitant amounts of money selling his artwork, the buyers’ identities remain unknown, and you appear to be the sole record keeper of these lucrative transactions,” Comer, a Kentucky Republican, said in a letter to Bergès.

The White House counsel’s office and a representative for Hunter Biden did not immediately return requests for comment.

The Oversight request comes as Comer and Republicans ramp up their investigation into members of the Biden family and their business dealings. The Republicans have requested information from Bergès before, but those requests were ignored when the GOP was in the minority.

Biden aides have derided Republicans’ focus on Hunter Biden, who has never held a position in the White House or presidential campaign, as hypocritical. They point to the president’s predecessor, Donald Trump, who had a daughter and son-in-law working for him in the White House and often spent taxpayer dollars at his own properties.

The Biden White House said it established an arrangement in the early days of the presidency that allows Hunter Biden to sell his artwork without knowing the identity of the purchaser. Officials said it would avoid any potential ethical entanglements with the sales.

Under the arrangement, a private art gallery owner sets prices for Hunter Biden’s work and handles all bidding and sales, but does not share any information about buyers or prospective buyers with Hunter or anyone in the administration. Bergès also agreed to reject any offer that he deemed suspicious or that came in over the asking price.

The prices for Hunter Biden’s art, according to Comer, range from $55,000 to $225,000 a piece at the SoHo gallery where his latest collection debuted earlier this month. His paintings often depict abstract flowers and trees with the use of a mixture…