How Western tanks will help Ukraine, what Gerasimov’s new attempts to justify war mean / The New Voice of Ukraine 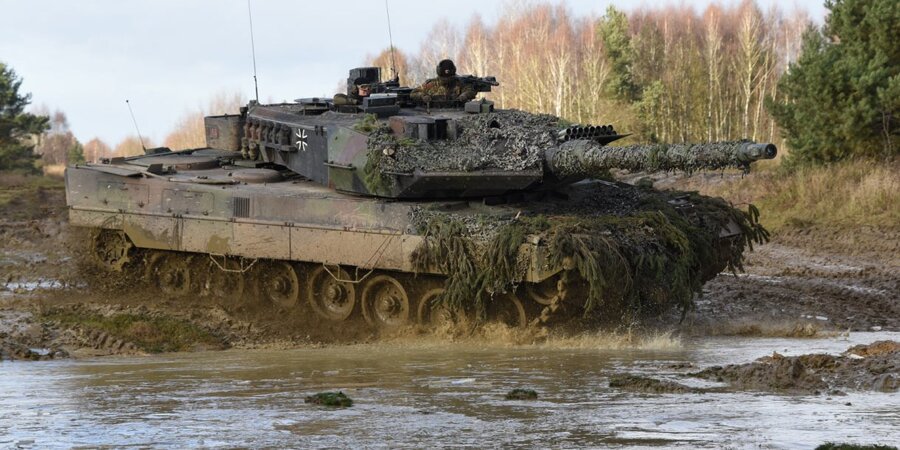 If Western countries
fulfill their promises to supply tanks to Ukraine, the Ukrainian army will be
able to more effectively tie down Russian forces in Bakhmut and launch a
counteroffensive to liberate more Ukrainian territory, reads the latest report
of the U.S.-based Institute for the Study of War on Jan. 24.

ISW summarizes preliminary data on the possible supply of tanks to Ukraine by a coalition of NATO member states:

As a result, the provision of combat tanks to Ukraine by Western countries will help the Ukrainian army to conduct mechanized combat operations to defeat the Russian invasion forces and liberate Ukrainian territory, ISW analysts say.

They emphasize that so far, the West’s delay in this matter has not allowed Ukraine to take advantage of the fact that Russian forces are confined to Bakhmut. Taking advantage of this situation, Ukrainian forces could slowly deploy or preserve the weapons and supply systems necessary for large-scale counteroffensive operations.

As early as December 2022, Ukrainian Commander-in-Chief Valerii Zaluzhnyi stressed that Ukraine needed 300 battle tanks (among other weapons systems) to launch a counteroffensive.

Chief of the Russian General Staff Valery Gerasimov has supported Russian dictator Vladimir Putin’s attempts to present the war unleashed by Russia against Ukraine in the context of the events of the Second World War. On Jan. 23, Gerasimov said that “modern Russia has never known such a level and intensity of hostilities” and that Russia was allegedly opposed by the entire collective West, so mobilization was needed.

He also stated that the Russian General Staff had used the mobilization plan to stabilize the situation, protect Russia’s “new territories” (Ukrainian…