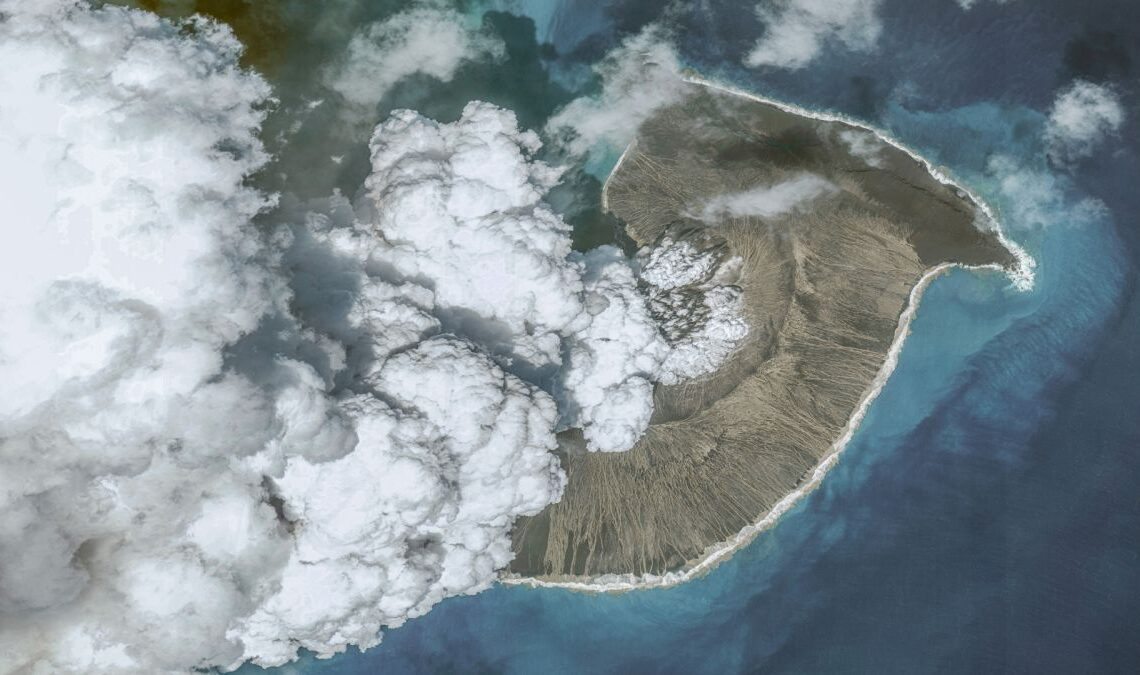 The Hunga Tonga volcanic eruption that stunned the world last January injected so much water into the stratosphere that it will likely make the ozone hole larger in the coming years, scientists believe.

According to reports, the powerful eruption, which was seen from space and detectable by all sorts of sensors around the globe, increased the amount of water in the stratosphere by 10%. The stratosphere is the second-lowest layer of Earth’s atmosphere and is where the ozone layer, which protects the planet from harmful ultraviolet radiation, resides.

Now, that ozone may be at risk because the water emitted by the Hunga Tonga volcano has caused “significant cooling in the stratosphere in southern mid-latitudes,” Paul Newman, the chief scientist for atmospheric science at NASA Goddard Space Flight Center, told Space.com.

Cooler temperatures in the stratosphere speed up the process of ozone degradation, Vincent Henri Peuch, the head of the European Copernicus Atmosphere Monitoring Service, told Space.com. That’s because when the stratosphere is cooler and there is a lot of water present at those altitudes, scientists observe more frequent formation of polar stratospheric clouds, thin eerie clouds floating 9 to 15 miles (15 to 25 kilometers) above Earth. These clouds form during winter months when temperatures in the stratosphere are at their coldest, and provide the right chemical environment for chlorine-based ozone depleting substances, which were banned in 1989 but still linger in the air high above the planet, to destroy ozone.

“During the polar night, there is preprocessing of the chlorinated compounds going on on the polar stratospheric clouds,” Peuch said. “That works throughout the Antarctic winter in July and August, and when the light returns in the polar regions in September, all this preprocessing turns into the ozone destruction that we then see as the ozone hole.”

Once the stratosphere warms up when the Antarctic summer arrives, the ozone hole starts closing and usually disappears by the end of November.