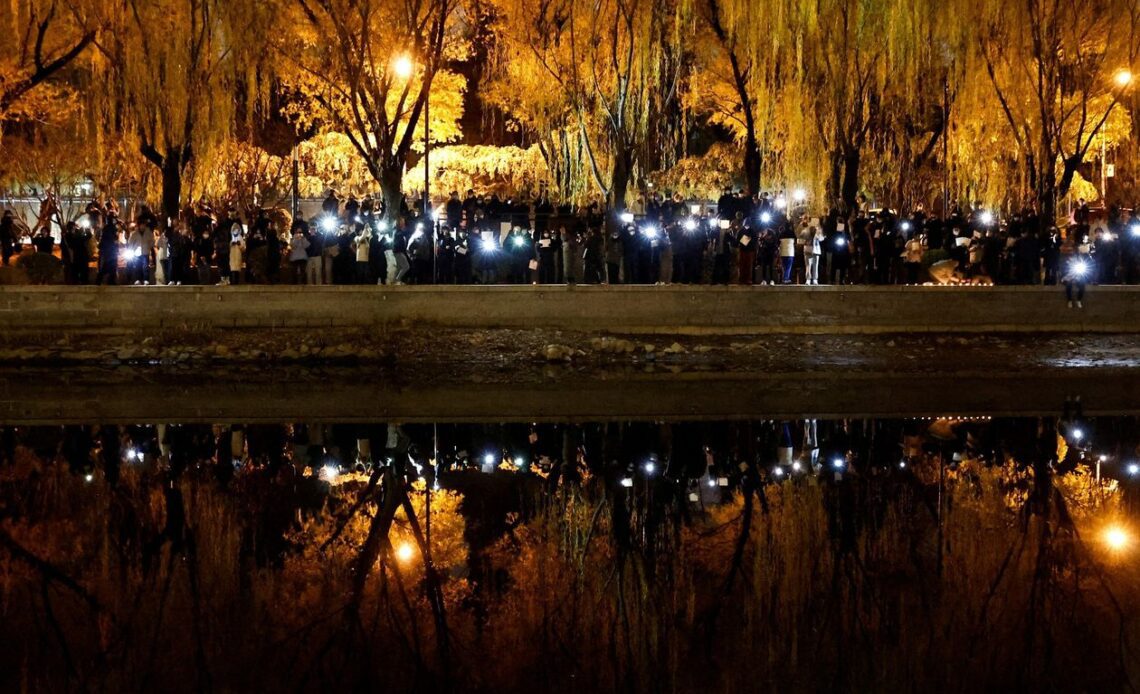 Late on Nov. 27, book editor Cao Zhixin, who was about to turn 26 years old, joined a protest near Beijing’s embassy district with a few of her friends. It was a spur-of-the-moment decision that accidentally made them symbols of the most public display of defiance in a generation—as well as the state’s forceful response.

The rally was billed as a vigil for victims of a deadly fire in an apartment building in China’s west that had been under Covid-19 lockdown. Ms. Cao and her friends brought flowers and candles and sang, along with the crowd, the traditional Chinese lament “Farewell.”

They were surprised and electrified to see so many people out. Similar scenes were playing out across China that night as anger over heavy-handed pandemic restrictions spilled into the streets. In some cities, including Beijing, some protesters directly called on Chinese leader Xi Jinping to step down, an unusual public criticism.

The friends stayed at the rally until after midnight. With adrenaline pumping, some moved to a street stand for grilled skewers and later went to a bar, returning home before dawn.

Then, the detentions started.

On Nov. 29, police knocked on Ms. Cao’s door, confiscated her digital devices and took her to the local police station for questioning, before releasing her. She learned that the police had done the same with at least five of her friends.

The police were soon back. Of the friends who went to the rally, at least eight women were arrested between Dec. 18 and Jan. 6. Three have since been released on a form of bail. At least four are in jail, including Ms. Cao, who was again taken into custody on Dec. 23. One person’s status couldn’t be learned.

This account is based on conversations with people close to the detained women, their own writings and social-media posts as well as legal documentation.

The group is part of a changing of the guard among Chinese dissidents. The women, mostly in their mid-20s, come from middle-class backgrounds…