Intensity of battles increasing in Donbas, Russians putting pressure near Bakhmut and Vuhledar 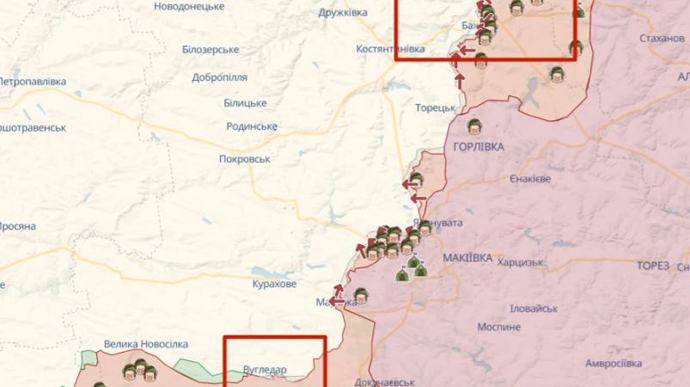 Hanna Maliar, Deputy Minister of Defence of Ukraine, has reported that as the occupiers increase the pressure, the battles become more intense on Bakhmut and Vuhledar fronts.

Quote: “The enemy is intensifying pressure on the Bakhmut and Vuhledar fronts. Fierce battles are ongoing.

The enemy is bringing a significant number of personnel, weapons, and military equipment into the battle, trying to break through our defence, suffering heavy losses, but not giving up their plans.

The intensity of the battles is increasing.

Now in Donbas, against their advantage in the number of soldiers and weapons, our advantage is in the professionalism of the military command and the courage of the fighters.”

Read more: Defence of Soledar, potential encirclement and risks for Bakhmut. Interview with Oleksandr Pohrebyskyi, soldier of the 46th Brigade

Background: On 25 January, Serhii Cherevatyi, press secretary of the Eastern group of the Armed Forces of Ukraine, told the BBC that the defenders had completely left the city of Soledar in Donetsk Oblast.